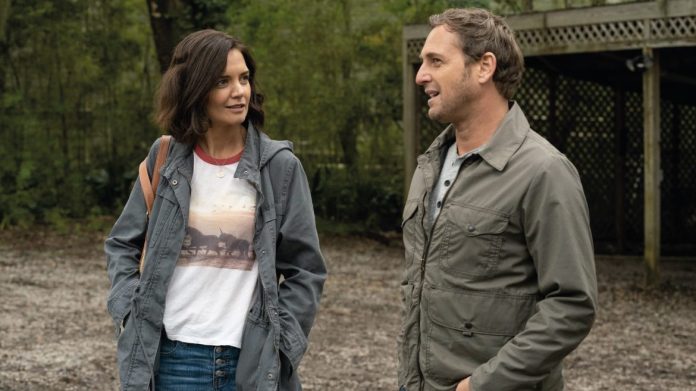 The world renowned self-help book, The Secret is getting a feature film adaption, a news which everyone knows. Starring Katie Holmes in the lead, the film titled as ‘The Secret : Dare To Dream’ is finally going to release in India. November 27 is the date when PVR Pictures will release the film based on Rhonda Byrne’s famous book of the same name.

The book has a cult following in India as many people have read it and over the years, its popularity has only soared further. Apart from Katie the film is also going to feature actors Josh Lucas, Jerry O’Connell, and Celia Weston.

In the book there was no plot as it was a self-help book but the film version does have a plot. It is going to revolve around a widow known as Miranda (Holmes), who is struggling to earn enough money and barely manages to earn enough whilst having three kids. She meets a man named Bray (Lucas) who goes on to help her and change her and her kids life forever.

Rhonda Byrne’s book introduced many people to the concept of the ‘Law Of Attraction’, which states that our thought has powers and they can affect the state of our lives. This same concept is at the core of the film, which audiences will love to see as many people have claimed that it has helped them overcome the difficulties in their lives.

We don’t know how the audience will receive the film. It has a poor critical review on rating website Rotten Tomatoes, holding a poor rating of 28%. Though let’s wait and watch how it fares amongst the Indian audience.

Will you go to watch the film in theatres ? Tell us below in the comments section.