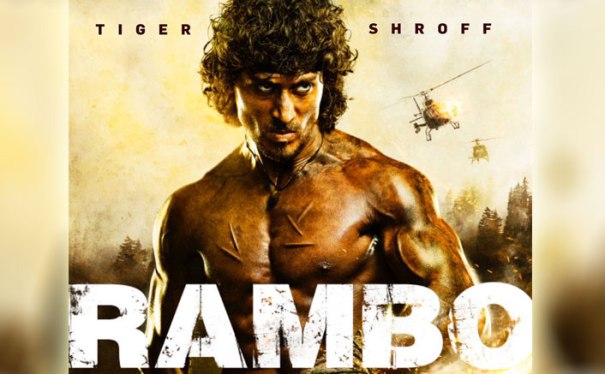 Since his debut, actor Tiger Shroff has made it clear that he is one of the best when it comes to performing high octane action sequences. It was in Cannes last year that the announcement of Tiger Shroff starring in the iconic action film Rambo was made. The movie will be directed by Siddharth Anand.

But unfortunately the release for Rambo will be delayed as Siddharth has yet another films starring Hrithik Roshan, Tiger Shroff and Vaani Kapoor. “We will start by November 2019. The film will be shot completely in Europe  and the Himalayas as the story requires a snowy backdrop. The script for Rambo is ready and the preliminary recce is done. Now I just have to re-recruit my team based on the new dates of the shoot,” said Anand, according to a Mumbai Mirror report.

Rambo is a film series based on the David Morrell novel First Blood with Stallone as the titular John Rambo, a troubled Vietnam War veteran and former US Army Special Forces soldier who is skilled in many aspects of survival, weaponry, hand-to-hand combat and guerrilla warfare.

Earlier, in an interview with the tabloid, Tiger spoke about how elated he was to play such an iconic character like Rambo. The actor said, “I was over the moon when the offer came along. I’ve grown up watching Sylvester Stallone films. The word `action’ conjures up images of guys like him and Bruce Lee in my mind. I’m not stepping into his shoes; I’m paying him a tribute with the Rambo remake.

Apart from Rambo, Tiger will also be seen in the sequel of his film Baaghi and Karan Johar’s baby project, Student of the Year 2.