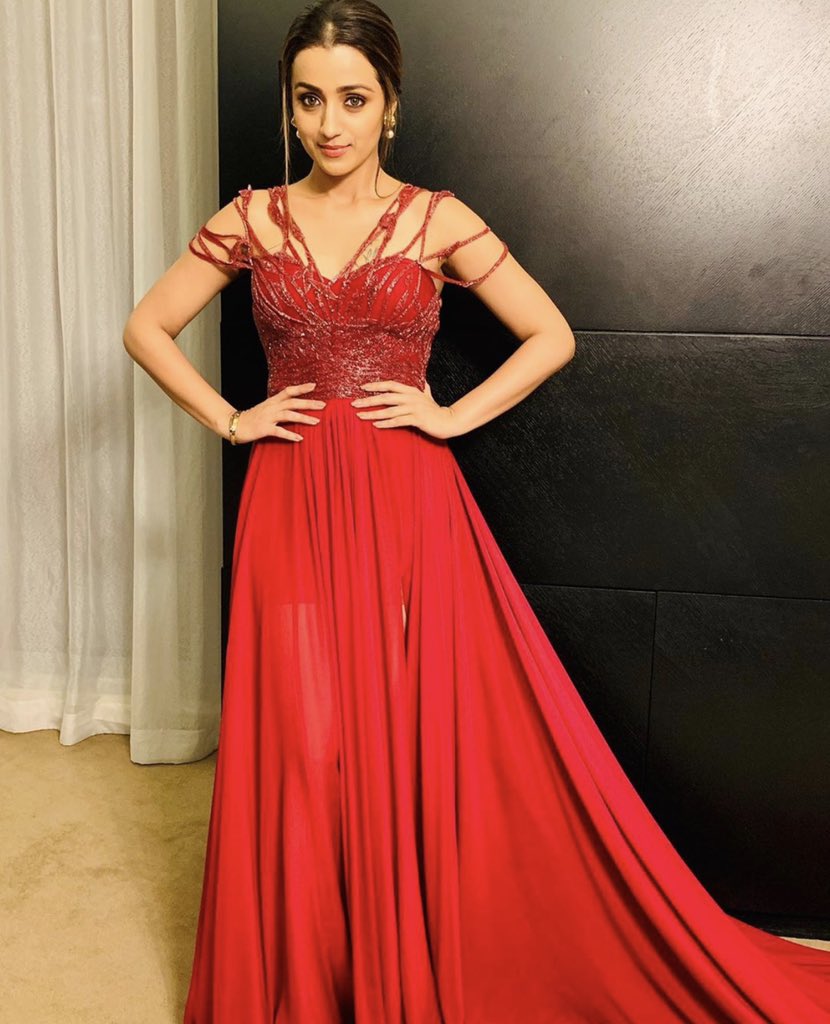 Trisha Krishnan is one of the most beautiful and talented actresses in Tamil cinema. Trisha rose to fame in tamil movies like Saamy, Ghilli and telugu movies Varsham. Trisha was last seen in the film ‘Petta’ for which her role was appreciated by critics.

Trisha’s look at the awards became talking point among fans and Trisha took to twitter to share some beautiful pictures of her look.

Trisha shared couple of photos of herself in red dress she wore at the event.

Trisha also shared these photos she clicked when she was sitting in the audience.

Talking about the work front, Trisha is currently filming for the film ‘Paramapadham Vilayattu’. It is a political thriller film directed by Thirugnanam. It stars Trisha, Manasvi, Vela Ramamoorthy in the lead roles.

Trisha is also waiting for the release of her film ‘Garjanai ‘. It is a thriller film directed by Sundar Balu. The film features Trisha in the lead role Trisha, with Vamsi Krishna and Amit Bhargav in supporting roles.

Trisha’s film ‘Sathuranga Vettai 2’ is currently delayed for unknown reasons. The film is directed by Nirmal Kumar and written by H. Vinoth. The film features Arvind Swamy and Trisha in the lead roles, with Vamsi Krishna and Amit Bhargav in supporting roles.

Trisha is also shooting for ‘Raangi and ‘Sugar’ currently.

Rakul Preet Singh is having time of her life in Ibiza: Check out videos
Rashmika Mandanna shares stills from the set of upcoming film ‘Sulthan’
Comment