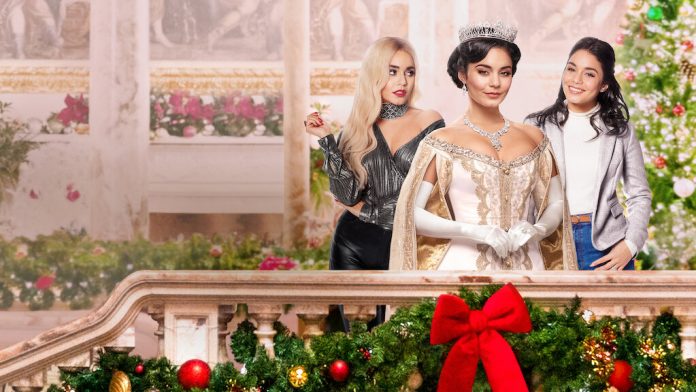 Based on Mark Twain’s novel The Prince and the Pauper, Netflix’s 2018 holiday rom-com, The Princess Switch starring Vanessa Hudgens is back with the second part.

The sequel premiering on Netflix portrays Hudgens in the main lead while playing three look-alike twins.

Looking back on the prequel the storyline portrays Hudgens as Stacy DeNovo, a baker from Chicago, and Lady Margaret Delacourt, a Duchess from the Land of Montenaro. 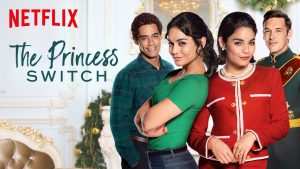 Stacy enters her business into a baking competition in the Kingdom of Belgravia, where she meets her look-alike twin Margaret. They hatch a Christmastime plan to trade places.

As the film is back with the second part, Hudgens talks about how she portrays not two but three look-alike twins in the sequel. She also hinted at another sequel, The Princess switch 3.

The Princess Switch: Switched again, which is now available on Netflix, we can see Margaret and Stacy switching places again to save her relationship with Kevin.

The plan takes a turn when Margaret’s evil Cousin Lady Fiona kidnaps Stacy confusing her to be Margaret and disguises herself as Margaret to steal the throne.

Hudgens was excited playing the trio but had a hard time enunciating the British accent.

She stated “It was Margaret’s accent that is the most work because there is nothing worse than a bad RP (received pronunciation) accent,”

Hudgens further added “And shoutout to my dialect coach who’s with me on set making sure that everything is cohesive.” 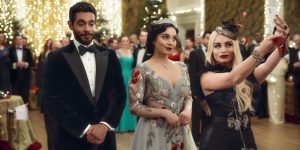 With two parts already out the actress cannot wait for the third part of the movie as she will be exec producing it.

The third film of the Princess Switch Franchise is already in progress and is will premiere in November 2021.

Hudgens emphasis that there will not be a fourth look-alike in the next part. “I am not even gonna entertain that idea, but it will be another fun and exciting and entertaining whimsical ride,” she stated.

With The Princess Switch Switched Again premiering just in time for the holidays, Hudgens revealed she started this as a Christmas tradition a few years back to help get into the holiday spirit.

The whole idea behind this Christmas tradition came from when she hired a pianist with whom she used to practice these little Christmas songs. The takeaway was to have fun and get on with the Christmas spirit.

Do check out this latest rom-com streaming on Netflix as it will give you the feel of the Holiday season.