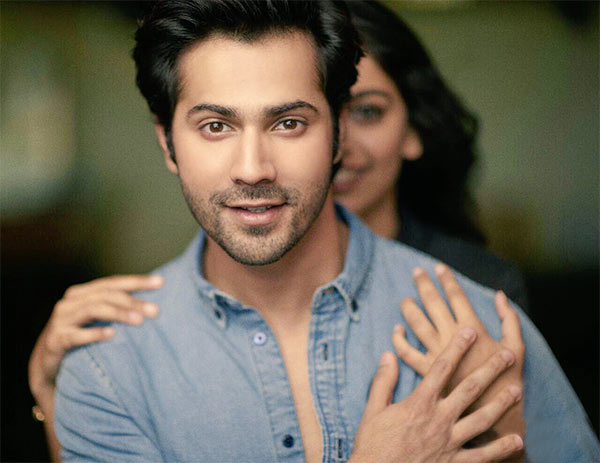 Varun Dhawan had a special something to share with his fans on Valentine’s Day. With the release of his movie ‘October’ just a few months away, Varun shared the first look of his movie with his fans earlier this morning. The video shared is a 33 seconds long teaser featuring Varun and Banita Sandhu staring at the vicinity adorned with nature’s bounty. The video is marked with a melodious background music. Varun captioned it, “#OCTOBER. Happy Valentine’s Day to @banita.sandhu and everyone. A @shoojitsircar film. Written by @juhic3 and produced by @ronnie.lahiri.” Here’s a look-

Varun who has had a commercially fruitful career so far felt a creative stagnancy over the years owing to the similar genre of movies that he chose to do. But October seems to have brought a creative boost in his life. In an interaction with IANS he said, “Shooting this film is a life-changing experience for me as an actor and as an individual. At times, success makes us complacent and that was happening with me. Whether it is Badrinath Ki Dulhania or Judwaa 2, whatever I have done is commercially successful. So, as an actor I was earning money, popularity and success, but not growing creatively. There was stagnancy. Thankfully, Shoojitda came to my life at a right time because among all these commercial films, this is one film that has challenged me the most.”

“As a director, what he expected me to do was difficult for me and that is when I started understanding the deeper side of acting and thought if I would be able to pull it off,” he added. 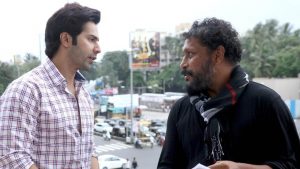 Shoojit Sircar also gave his response on working with Varun. “I think it is really brave of Varun to take up the challenge as an actor because once you are successful in a certain genre, you tend to continue on that. But for filmmakers like me, I need participation from actors like him to experiment because I always want to make an experimental film, in terms of subject and for its execution. I need brave actors,” he said.

Varun also had an exhilarating experience while shooting in natural surroundings. “The shooting experience was very different because it brought me close to nature. The film has been shot in all the real locations that were written in the script. Therefore, we majorly shot outdoors. I rode a bike at midnight, in the wee hours in places like Dwarka in Delhi, just to get the shots right.

“When in Manali, we were shooting under the open sky… I felt nature and its beauty so closely. Yes, this film has impacted me and how,” said an excited Varun.

October is a romantic film but like Shoojit’s other films, it’s going to be a break from monotony. He stated that just as we saw a peculiar father- daughter bond in Piku, October, too, will be a different approach towards romances. “Well, we cannot unveil much more than what people can see in the teaser, but yes I can say that it is a love story where I am sharing my idea of love. Like the way I explored the bonding between father and daughter in ‘Piku’, in this one, I am sharing my thought on love.”

The movie is all set to release on 13 April and will also mark the debut of Banita Sandhu.