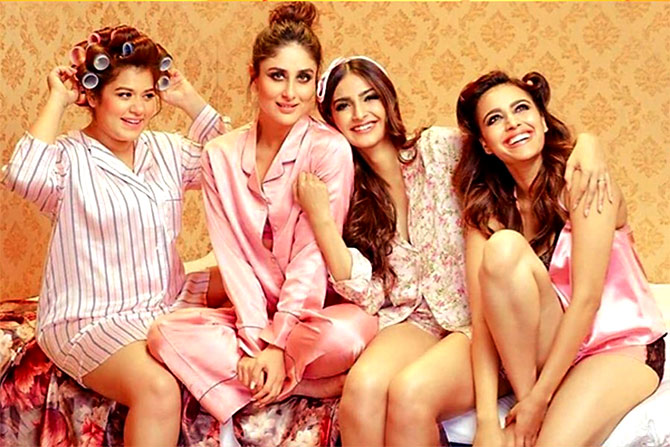 Despite Veere Di Wedding finally coming to the end of its theatrical run in India, the box office earnings of the movie continue to break many records made by previous movies of its kind. At the end of its 11th day on the silver screen, Veere Di Wedding has grossed over Rs 93.22 crore on its domestic markets only, and is being regarded as a massive box office hit, despite its nett income reducing the overall total to Rs 71.71 crore. When including the revenue of the Sonam Kapoor starrer film in the international market, the worldwide grossing of the Veere Di Wedding rises to a grand total of Rs 120.22 crore.

When calculated by using its net domestic earnings, Veere Di Wedding is expected to hit Rs 75 crore at the theaters before it is taken off air by the release of Race 3 this Eid. If this target is successfully achieved during the allotted time, Veere Di Wedding will officially overtake Neerja’s total box office earning of 75.65 crores to become the biggest financial success for Sonam Kapoor in a film where no male protagonists are involved. In reference to its gross earnings, movie critics have given Veere Di Wedding enough time to enter the Rs 150 crore club at the worldwide box office, keeping in mind the fact that the number of footfalls per theater remains constant for the next few days.