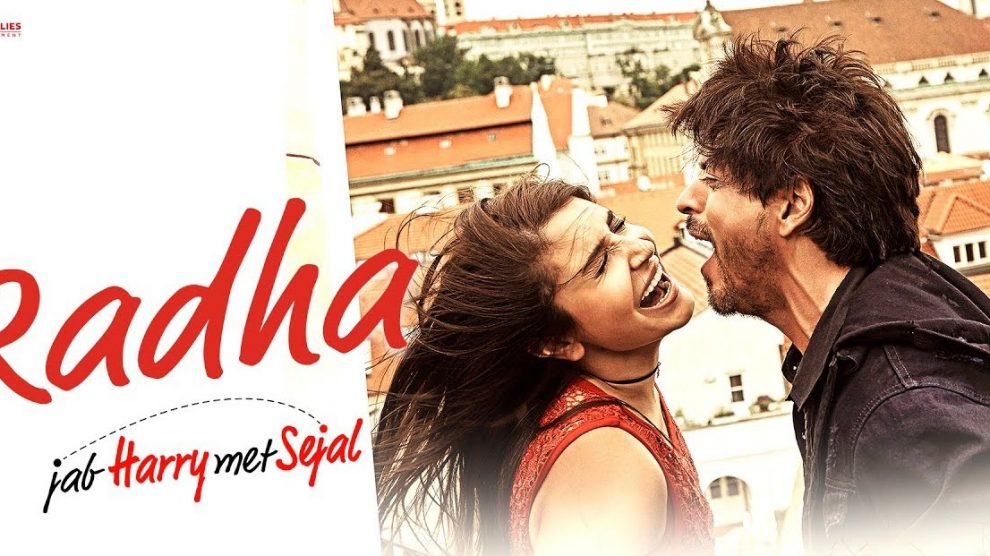 Behind-the-scenes video, Anushka and Shah Rukh Khan are seen rehearsing with all they’ve got for the foot tapping number.

Shah Rukh Khan‘s upcoming movie “Jab Harry Met Sejal” has released the making of the first song ‘Radha’ which is indeed a peppy number. The song starts where Harry asks Sejal whether she knows why Punjabi singers always sing in a high pitch. He says, it is because they are farmers, who drive tractors. So while singing, they have to raise their voice in order to be audible. As the video ends, we see Shah Rukh asking Anushka Sharma to spice up her performance a little bit. Radha has been composed by Pritam and sung by Shahid Mallya and Sunidhi Chauhan.

Anushka is very comfortable working with King Khan as she began her career in Bollywood alongside him.

Check out the making of the song ‘Radha’ :

“Jab Harry Met Sejal” is a romantic drama, widely shot in Prague, Amsterdam, Lisbon and Budapest, marks the third time that the two actors have been paired with Anushka Sharma after ‘Rab Ne Bana Di Jodi’ and ‘Jab Tak Hai Jaan’. Earlier the film has created a lot buzz due to its title.The Imtiaz Ali directorial which was earlier reported to be titled ‘Rehnuma’, The Ring and Raula has now got a fourth name. But at last title got finalised.