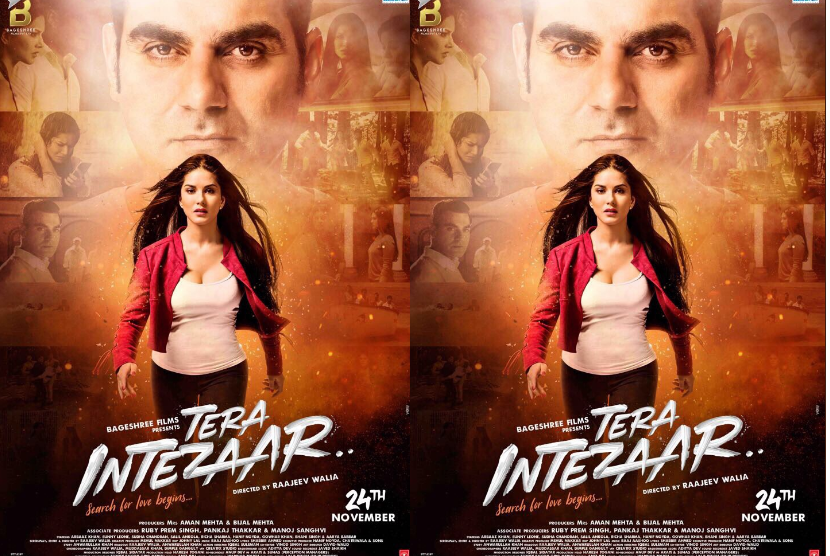 The trailer of the upcoming Bollywood musical romantic film ‘Tera Intezaar‘ has been released. The movie which is directed by Raajeev Walia and produced by Aman Mehta and Bijal Mehta. The movie features Arbaaz Khan and  Sunny Leone in lead roles.

The two-minute trailer begins with the actress Sunny Leone running on a beach and she is kissing actor Arbaaz Khan. Then Arbaaz makes a painting of her and she wonders that how can she make a painting of her without even seeing her. Together both of them take selfies, dance on the exotic locations and Arbaaz plays the harmonica while Sunny plays the violin. The movie also features Gauhar Khan and Arya Babbar.

However, there is more in the picture there are cars, balloons, ghosts painting of women and there is a man being burnt alive and despite this, there is a lot of there in the movie to take in. In the movie, Arbaaz Khan will be seen playing the role of an artist. Actress Sunny Leone says that she is very excited and she is very happy that she is working with the actor Arbaaz Khan. She says that she has no idea where her life is taking and what will happen next, but she believes everything is happening for a good reason. She is happy because there are lot f movies are there in her kitty.