Bollywood diva Priyanka Chopra has proved to be one of the leading stars of her time, all around the globe. The actress has always been open to experimental roles and never fails to impress the audience with her performances. And yet again the ‘Desi Girl’ will be seen in an all-new avatar. On Thursday, the actress shared the teaser of her upcoming film ‘We Can Be Heroes’ on her social media handles. She plays a villain in the children’s film and is super excited to play nemesis to little superheroes.

Sharing the teaser, Priyanka wrote, “I had the best time shooting this movie, especially with Robert Rodriguez and these amazing super kids!! Loved playing their nemesis…. who do you think is going to win, them or me?! Streaming on Netflix New Years Day (sic).”

The story of We Can Be Heroes portrays the “new generation of heroes,” who are all set to fight every obstacle that comes their way. Priyanka Chopra plays the nemesis to these super kids. She looks sharp and powerful on the screens essaying a negative role, reminding us of her Bollywood debut in Aitraaz for which the actress was appreciated by critics as well as the masses.

Earlier, Priyanka had shared her look from We Can Be Heroes. Sharing the look, she wrote, “Wohooo! It’s finally here! Presenting the first look for – We Can Be Heroes!!!! It’s directed by the incredible Robert Rodriguez, and is coming to Netflix on New Year’s Day!!! A kids classic. Robert pretty much created this genre of movies. I’m so excited about introducing you to the tangled world of my character. More on this coming soon… (sic).”

We Can Be Heroes is all set for a Netflix release this new year. Meanwhile, on the work front, the actress will also be seen alongside Rajkummar Rao in the film ‘The White Tiger’ directed by Rahmin Bahrani. 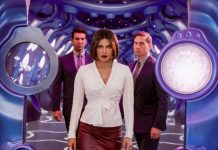 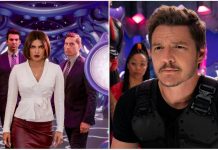