The Indian Wire » Entertainment » What ‘Omkara’ believes in: Decoding the song ‘Naina’ The context of the song ‘Naina Thag Lenge’ is rendered from Omkara’s (Ajay Devgn) character and is sung by Rahat Fateh Ali Khan. Omkara is complaining or either lamenting at the apparent innocence of his beloved Dolly (Kareena Kapoor). And the biggest irony is of course that he is wrong and it ultimately creates tension among us as a viewer as we are well aware of the actual truth. We know that Dolly is innocent. However, even Omkara didn’t believe any wrong but all of it was framed by his compatriot- ‘Langra Tyagi’ (Saif Ali Khan). Eventually, he himself becomes a victim of jealousy, rage, and distrust. 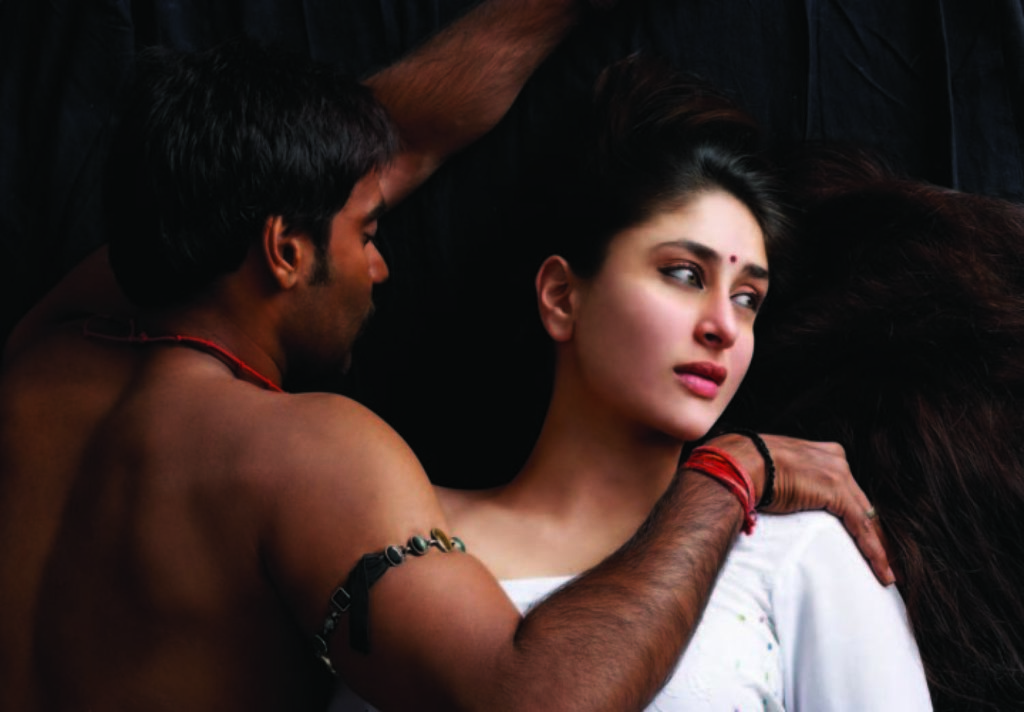 And Omkara pays the price for it in the end, we know he was being framed and he puts Dolly to the test only to find out she was actually innocent. And a little tune of ‘Naina’ plays in the background connecting the scene to the song. So, what Omkara believed in? Amongst the very initial scenes in the film, there’s one where Omkara walks towards Dolly and her father comes between his way and tells him, “May you never forget the two-faced monster a woman is. She who can dupe her own father will never be anyone’s to claim.”

It is noteworthy that the ‘two-faced monster’ is used to describe Dolly. When Raghunath says this, he is facing Dolly, who is seen standing behind the tinted glass of his car. Just like Raghunath comes in the way of Dolly and Omkara in the scene, the same words would later come in the way of Omkara’s ability to trust Dolly.

The actual idea reaped by her father was later cultivated and used by Langra which leads us to a climax which becomes the main motive of the film and Rahat Fateh Ali Khan’s ‘Naina’ concludes every bit of the story.