The Indian Wire » Entertainment » Wordle: a puzzle game that started with a love story, has gone viral! In the middle of the pandemic ‘wordle’ turns out to be a new sensation among the players worldwide.

Recently, a simple puzzle game which challenges your vocabulary went viral, from dozens of players to a hundred of players that too in a few months. Those green-yellow boxes have started to snatch limelight in every land possible.

It is a game wherein the players must guess a five-letter word by entering the five different characters in boxes provided. Players have only six chances to get it right.

It all started when a Brooklyn based software engineer Josh Wardle, created the game for his partner, Palak Shah.

But as people began sharing the word game with each other, its obsession increased multifold, in such a manner that it is acing the gaming world currently.

A salient feature that keeps on building the excitement of the players is that there is only one puzzle per day. So, in case you don’t get it right, you must wait until tomorrow to get a fresh puzzle altogether.

The creator explains this anxiety by saying that the game “leaves people wanting more”.

Some pointers worth remembering while you attempt the game:

Its pretty simple, yet reinforcing. Now, you know all the tricks and you are ready to ace it in no time. Keep Josh’s josh high and keep wordling. 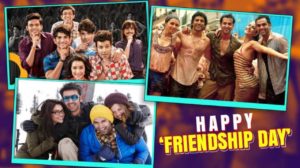