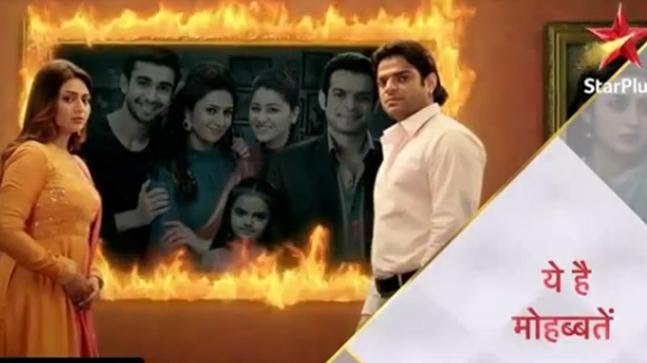 The episode begins as the Bhalla family rises up from the Diwali pooja and grant wishes and blessings to each other. Ishita sneaks into Neeti’s room and notices her drawings. She becomes fascinated with the sketch of Big Ben in London, but can’t locate a house that Neeti has drawn. She goes to the living room, and questions the family members if they can remember the place. And when nobody can recall the details of the place or recognize the drawing, she inquires if they know somebody who can give a better description. Karan says Arijit used to live in England. Ishita decides to invite Arijit to their house.

Arijit is looking at the picture of his wife, and emotionally talking to it when is phone buzzes. He is surprised to get a call from the Bhalla family, but he agrees to visit them. He regrets his decision because it could expose him to Neeti. He takes Bhuvan with him as a spy, who’ll extract Neeti from the house in case of a confrontation. Aliya tells Mihika to keep Neeti in the room because if she comes outside, she could in shock after seeing so many unfamiliar people.

Arijit reaches the Bhall residence and looks at the pictures. He’s overcome with emotion when he sees that Neeti has drawn the pictures from her memory. He gets a phone call from Thia and leaves to attend to it. He believes the family is keeping Neeti very happy.

Tomorrow: Neeti is going to identify Arijit as her father.