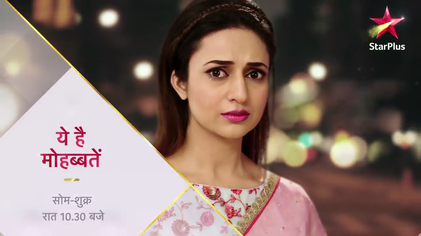 The episode begins with Ishita explaining to Raman, Yug and Karan that the old man’s daughter is named Thea, who used to work as a nurse for Neeti. She deduces that someone sent an impostor to the hospital and that’s why it took four hours for her to come. The woman meets Arijit and he takes Thea’s father home. Thea is relieved after seeing her father and thanks Arijit for handling the situation. He goes to Neeti’s room and talks to her while she’s still unresponsive. Thea watches the scene and thinks she was wrong about him at first.

Ishita, Raman, Yug and Karan reach the place where Neeti is being kept and decide to confront him. Bhuvan spies them outside and tells Arijit that they’ve found the house. Arijit panics and tells him to make them stop from finding them. Bhutan releases gas in the street and everyone faints from exposure. Arijit tells Thea to pack her bags because they will have to leave the house immediately. He informs that if the Bhalla’s find them, they’ll be in a lot of trouble.

At the Bhalla house, everyone is still worried that Ishita and other’s still haven’t returned. Robbi receives a call from Sudha and they decide to meet at the address at which Thea bad taken her father. When they reach the place, they’re shocked to see Ishita, Karan, Yug and Raman lying unconscious in the street. The gas has now reached the street, so they carry everyone in the car. Suddenly, there is a blast in the house and everyone watches as fire engulfs it.

Tomorrow: Raman is going to confront Natasha and her brother with proof about their criminal activities.