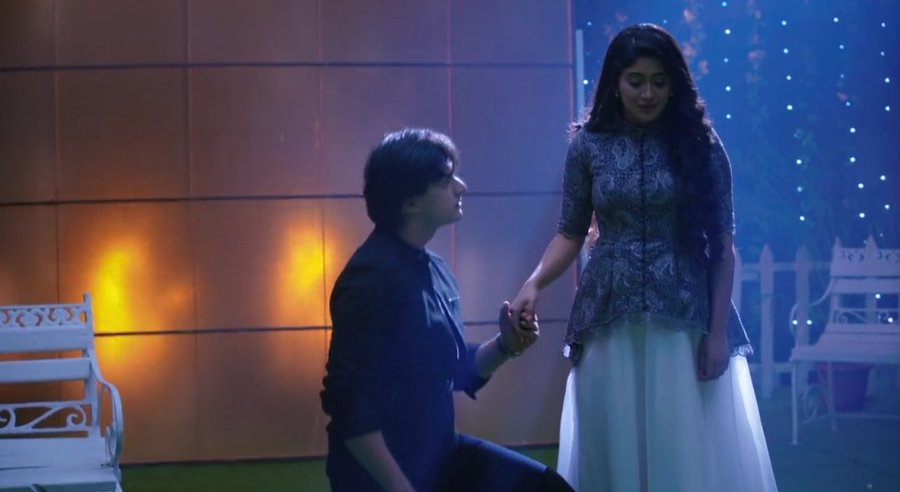 The episode of Yeh Rishta Kya Kehlata Hai begins as Kartik runs to find Naira, as she also sprints toward him. A romantic track begins playing as they look at each other. Their family watches them from far, and are getting increasingly frustrated that Kartik and Naira are not confessing their love for each other.

Kartik accuses Naira of running away to Goa. She gets hurt, and wants him to come to the point. They begin to fight, and their family decides to intervene. They tell them to finally propose to each other. Gayo gives them only 30 seconds to say the truth, and as the time lessens, the two ask each other at the same time: Will you marry me? And answer at the same time as well: Yes.

Kartik and Naira hug each other as their family dances around them. At home, Kairav is upset that his parents didn’t invite him to their wedding. Kartik and Naira arrive and tell him they’re going to marry again. Laksh accidentally reveals that Kartik is still married to Vedika, but then handles the situation. Gayo praises him.

Afterward, the family discusses the divorce between Vedika and Kartik. Sunhasini is still sad that Vedika won’t be a part of their family anymore.

Naira goes outside, and Kartik meets her. He wants to perform a ritual with her to strengthen their relationship. There’s a block of concrete, on which he asks Naira to stand, so that she will leave her foot prints on it.

Tomorrow: Vedika is late for the divorce proceedings.