The Indian Wire » Entertainment » Zaira Wasim : I don’t have a dream, I believe in destiny! 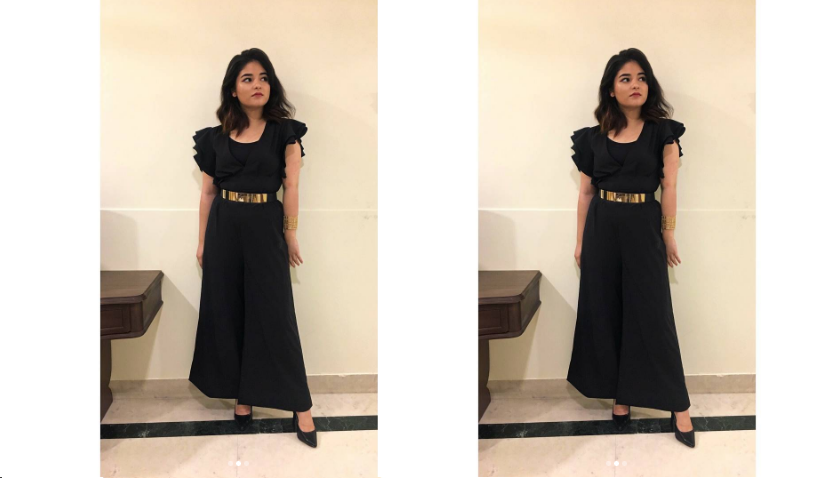 Indian actress Zaira Wasim says that she does not have a dream because she believes that destiny will guide her way.

Zaira belongs from Kashmir and she rose the popularity from the Bollywood buffs first with ‘Dangal’ and with her recently released movie titled ‘Secret Superstar’ she has upped the ante with her performance as a teenage girl named Insia. She has a dream of becoming a singing superstar but her father opposes her dream. Zaira celebrated her birthday at Aamir Khan’s residence and when she was asked that what are her dreams that she wants to achieve.

On this Zaira Wasim, says that she does not have a dream she is just going with the flow and she believes in the destiny. She believes that if the things are meant to happen, they will happen and your destiny will automatically take you over there where you actually belong too. With the movie, director Advait Chandan made his directorial debut with the movie ‘Secret Superstar’ and Zaira feels that in this movie, her character has gone through a lot of struggle to fulfill her dream.

When asked from the actress Zaira Wasim that does she ever fought with her parents to achieve something which she always desires in her real life? On this Zaira says that she still remembers that she fought with her parents was for adopting a cat. She already has two cats and she wanted to adopt a golden brown kitten without asking from her parents. She just took the kitten home and after seeing that her mom got really upset and she said that ‘How many more cats are you bringing home along with you? But that was only thing and even at that time she was not having a goal or something in her life.

Does she have any secret talent which the people does not know about? Zaira says that she can bore anyone with her poor jokes and be adding to that director Advait Chandan says that he tolerated that approximately for 55 days during the shoot. However, Advait says that he is good at PJ’s but she is brilliant at it and Zaira can compete with him. Zaira Wasim’s both the movies ‘Dangal’ and ‘Secret Superstar’ were a blockbuster hit when asked that how does she stay grounded? About this Zaira says that she lay down on the ground or she sits down on the ground and that is the only best way to stay grounded.

After a bout of laughter, Zaira says that she has no answer to this question and she thinks that this is maybe because that she is not taking the pressure of her success and she is very happy that the people liked her both the movies because the whole team has put a lot of efforts to made the movie successful. So she does not think that the movie just belongs to hers she believes that everyone related to the movie has worked hard and the main thing is that they all are happy, that the movie released on the Diwali and people have had a good time with the movie.

Advait Chandan, director of the movie says that he thinks that she is quite untouched by the glory of her success and she has all the skills to be as an actor. Therefore, as the audience, you will actually see the genuine expressions in the movie. Aamir Khan sent a special wish to Zaira on her birthday. Aamir Khan tweeted on his Twitter account along with a caption saying, “Happy Birthday Zaira! Wish you happiness always! May you always shine as the superstar that you are! God bless. Love. a.”

However, Zaira, Aamir, and the director Advait Chandan also plan to visit the theaters to see how the audience is responding while watching the movie. The movie ‘Secret Superstar’ has minted Rs 31.31 crore in just for days since it got a release on October 19.