The Indian Wire » Environment » Air Pollution in India: One in 8 deaths due to air pollution; life expectancy down by 1.7 years 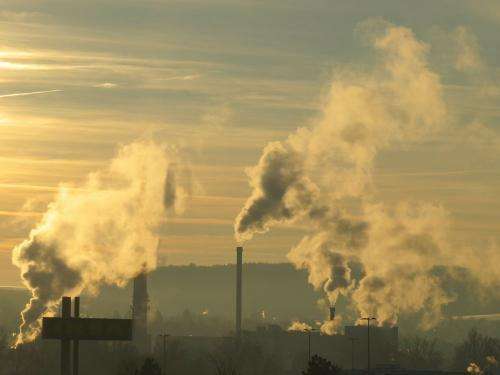 With the people being quite aware of the rampant menace of air pollution in India, but if facts have not shocked you till now; here’s something you need to know.

The India State-Level Disease Burden Initiative has carried out a comprehensive study on deaths, disease burden, and life expectancy reduction associated with air pollution in each state of India and the estimates have been published in The Lancet Planetary Health.

It has been estimated, “One in every eight deaths in India is attributable to air pollution which now contributes to more disease burden than smoking.”

The key points revealed by the study are—

Dr Balram Bhargava, secretary health research said, “It is important to have robust estimates of the health impact of air pollution in every state of India in order to have a reference for improving the situation. Household air pollution is reducing in India, facilitated by the Pradhan Mantri Ujjwala Yojana. There is increasing political momentum in India to address air pollution. The findings reported today systematically document the variations among states, which would serve as a useful guide for making further progress in reducing the adverse impact of air pollution in the country.”

“The India State-Level Disease Burden Initiative” is a joint initiative of the Indian Council of Medical Research (ICMR), Public Health Foundation of India (PHFI), and Institute for Health Metrics and Evaluation (IHME) in collaboration with the Ministry of Health and Family Welfare, Government of India, along with experts and stakeholders associated with over 100 Indian institutions.

The research has lauded India’s achievements in cutting down smoking, but it also points out the popular association of air pollution only with respiratory diseases. In India, the disease burden because of air pollution also includes ischaemic heart disease, stroke, chronic obstructive pulmonary disease, and lung cancer, commonly associated with smoking.

Prof.Christopher Murray, Director, IHME, alarmed,”Air pollution in India causes not just lung disease, but also is a substantial contributing factor in cardiovascular disease and diabetes. As a result, there is enormous potential to reduce the burden of these non-communicable diseases by curbing air pollution across the country.”