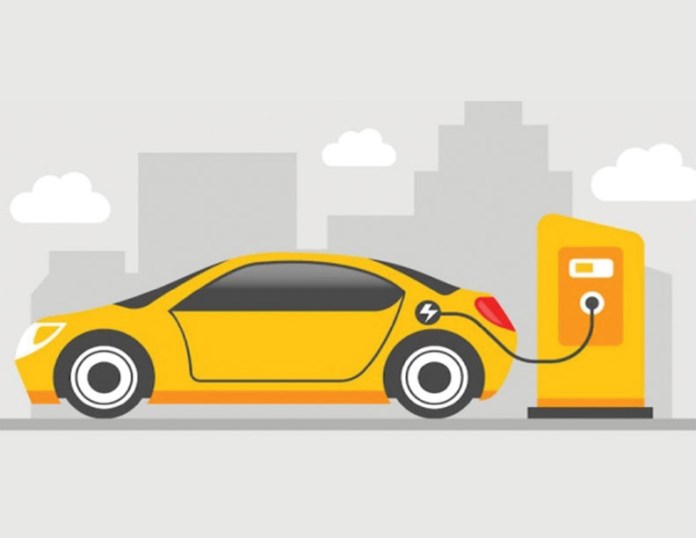 We cannot despair of Humanity, since we ourselves are Human beings: said Albert Einstein.

Human mind has an apt environment for innovation that comes as soon as or even before any such need is felt.

When the world is revolving around Lithium-ion batteries and its much cliché procurement after we have increasingly sought electric vehicles to emanate the risks of carbon filled Nature and consequent global warming.

Our scientists have endured to get another sort of working battery be presented to the world: Aluminium-ion Battery, a new star in world Sustainability game.

Various countries, including India, is now looking to exploit this tech by every possible means to ensure a better future at their end.

In addition to it, the well-known automobile giants Maruti Suzuki and Ashok Leyland, have already signed letters of intent with the newly formed joint venture for such technology access. What is it and how it works to give a cleaner energy?

This battery utilize oxygen in the air which then reacts with an Aluminium hydroxide present in solution to oxidize the Aluminium and produce electricity.

Once the Aluminium anode gets fully consumed by its constant reaction with atmospheric oxygen at a cathode immersed in a water-based electrolyte to form hydrated aluminium oxide, the battery will no longer be able to produce electricity.

Though it is possible to mechanically recharge the battery with new Aluminium anodes made from recycling the hydrated Aluminium oxide.

Note: approximately 1.2 volts potential difference is created by these reactions with potassium hydroxide being used as the electrolyte.

Thus, the oxidation of Aluminium at the anode and the reduction of oxygen at the cathode to form a galvanic cell.

Why Al-air battery is better than Li-ion Battery?

2. These have one of the highest energy-densities amongst other batteries in competition.

3. An electric vehicle with aluminium batteries has a greater potential than lithium-ion battery, nearly 8 times even with a significantly lower total weight.

4. It possesses greater range of 400 km or more per battery compared to lithium-ion batteries which currently offers a range of 150-200 kilometers per full charge.

While the LI-ion battery is still most attractive and best commercialized technology, these batteries face grave safety concerns like burning, exploding.

Other concerns like capacity fading, aging, the cumbersome electrolyte filling and wetting process during production, and the extensive formation procedure contribute to its high costs and less feasible as an option.

Depending on lots of factors like market accessibility, energy involved in mining and purification, and inherent environmental impacts of technology (CO2 and waste emissions, nature transformation, water demand, etc.) the resources involved may become scarce.

For the lithium-ion battery, for example, with an increasing demand for lithium, cobalt, phosphorous, and other metals used within those batteries will also fetch high price.

While cobalt and phosphorous are already categorized as “critical”. This can create an existential crisis for many Natural resources, keeping aside the exploration related threats to nature.

Challenges to its widespread application:

They cannot be recharged like lithium-ion batteries, utilizing its established infrastructure. Therefore, any possible future switch to such technology at commercial scale will require the wide availability of battery swapping stations.

Certain incumbent problems with high anode cost and by-product removal when using traditional electrolytes has only restricted its use to the military applications.

Even the battery anode can become corrosive if made of pure aluminium.

The cell reaction’s output Hydrated Alumina, forms a gel-like substance at the anode and reduces the electricity output further but this issue is being addressed in developmental stages.

If Aluminium and electrolyte is kept together, they may react and the shelf life gets reduced.

Why is this technology important for India’s inflated Electric Vehicle mission?

India lacks lithium deposits on its own, it has just a single recently prospected site.

It is largely dependent on imports of lithium-ion batteries from China for electric vehicles. India has a bigger dilemma; it needs to expand EV market but any possible discord with China or probable over-indulgence into Quad, may trigger China to stop such critical input.

A viable alternative can serve the purpose as Aluminium is the most abundant metal in the earth’s crust and is amply available in India.

A recent report by India Energy Storage Alliance (IESA) projects that the Indian EV market will grow at an expected 36 percent till 2026. With this ever-bulging demand, India needs to choose wisely.

A new technology can open new avenues for India: economically providing boost to automobile sector and even provide employment or environmentally opting for a cleaner fuel.