Carbon Credits: A middle path amidst the fight between Development and Sustainability For a country like India, we need Instruments to help fulfil our developmental goals while assuaging our Environmental concerns. That’s indeed a tough task at hand.

When under the legally-binding Paris Climate Agreement, countries (developed and under-developed) are expected to cut their environmental pollution by all means and subsequently strengthen those attempts further to alleviate Climate crisis impending upon this planet.

India has been fairly long embroiled in a dilemma to pursue its populist aim of economic growth or keep leading the world through its Sustainable goals.

But through our experiences, we have learnt that environmental protection and economic growth can and should go hand-in-hand.

In order to limit global warming to targeted 1.5°C as per the Paris Agreement, the current greenhouse-gas-emission levels need to be halved by 2030 and “net zero” by 2050. For such drastic changes to imbibe in our economies, we need to dissociate ourselves of the excessive carbon in our lives.

But how can we regulate activities that can’t be made Carbon-free?

The answer to this conundrum is Carbon Credit or Carbon offset. Clarity behind Carbon Credits and its functioning in the Economy:

Idea is simple: The cumulative amount of carbon released in the atmosphere shall remain same or even lesser, even if an underlying entity can’t seem to release lesser emissions.

If an Industrial entity can’t manage to emit less Carbon, it can undoubtedly ask the other in its place to make lesser emissions into air.

One can compensate the respective Environmental footprints through reducing emissions and capturing one’s carbon. For this they may earn tradeable Carbon credits and consequently attain the carbon-neutral status.

For example: Microsoft started this more than 40 years back.

The art of Creating Carbon Credits: Currency: Credits have been traded in units of 1 tonne of CO2

In market terms, carbon credit can be classified as a permit that allows the holder to emit one ton of carbon dioxide which is tradable at market prevailing price.

It is to not that though Carbon credits and offsets mean the same, the carbon tax is entirely discrete aspect of Green Economy.

3. From avoided emissions (for example refraining from cutting down rainforests).

To achieve 2030 target, it is estimated that credits worth 2 billion tonnes of CO2 will be required.

4. European Union- Emissions trading scheme:  It denotes a group of countries who have all been given an overall cap to work as a single entity. The original EU member states of this body got their nick name as the ‘bubble’.

Voluntary Carbon Credits: It enables private investors, governments, non-governmental organizations, and businesses to purchase carbon credits on a voluntary basis for sale, investment or satisfy their Corporate Social Responsibility objectives. The revenues thus collected are then used to finance the carbon reduction project.

Although there was quite an awareness regarding the ill-effects of Carbon and other GHG emissions on environment, but its concept got formalized in the Kyoto Protocol, agreed upon by more than 170 countries.

The market mechanisms for Carbon credit were agreed through the subsequent Marrakesh Accords.

Under it, ‘caps’ or ‘quotas’ for Greenhouse gases have been termed as Assigned Amounts, which is then denominated in individual units, called Assigned amount units (AAUs).

AAU is an allowance to emit one metric tonne of carbon dioxide equivalent which are then entered into the country’s national registry. National registries are to be validated and monitored for compliance by the UNFCCC.

In case the unchecked energy use and hence emission levels are expected to keep rising over time, the number of companies in need to buy credits will increase. Therefore, the rules of supply and demand will push up the market price, encouraging more groups to undertake environmentally friendly activities that can possibly create carbon credits to sell.

Under Kyoto protocol, these units are termed Certified Emission Reductions, or CERs.

Those have not used up their quotas can sell their unused guarantees as carbon credits, while businesses that are about to exceed their quotas can buy such market available top-up allowances as credits, privately or in the open market.

Preference to Carbon Credits, why?

2. It is by far the most cost-effective way of reducing emissions. As it either leads to investment in ‘cleaner’ machinery and practices or purchase of emissions from another operator who already has excess ‘capacity’.

3. Reduction of greenhouse gas emissions by appending a monetary value to the cost of polluting the air.

4. Emissions thus become an internal involved cost of doing business and gets visibility on the balance sheet alongside raw materials and other liabilities or assets.

Carbon Trading allows the private investors to generate profits from its sale-purchase and trigger the diversification of alternatives to creation of environmentally-sustainable businesses that either emit very low or no carbons.

With beginning of more Carbon trading, Businesses and market, more opportunities of employment generation are explored.

Environmental groups are concerned that the process has been “fraught with scandals“. It involves even accusing some countries to have increased their emissions, only to get paid for cutting them.

Such Carbon Offsetting on the whole cannot be considered as a substitute for direct emissions reduction efforts needed by corporates.

This requires inputs from daily aspects like the quantity of resource used or emissions from the other pollutants that may be cumbersome on the general will.

Hence there are several easily available apps to track an individual Carbon Credit:

Ready carbon calculator powered by CoolClimateNetwork at the University of California at Berkeley.

As we try to consolidate efforts to serve Environment and economy simultaneously, lets ensure that credits must be based on projects that have been independently validated and monitored throughout their lifecycle.

Creating large-scale transparent carbon credit trading markets is the need of the hour. World Economic Forum is helping in this regard.

Major Examples across the world:

The Katingan Project in Indonesia is a scheme to persuade local farmers to abstain from clearing virgin tropical forests in return for selling carbon credits from their land. 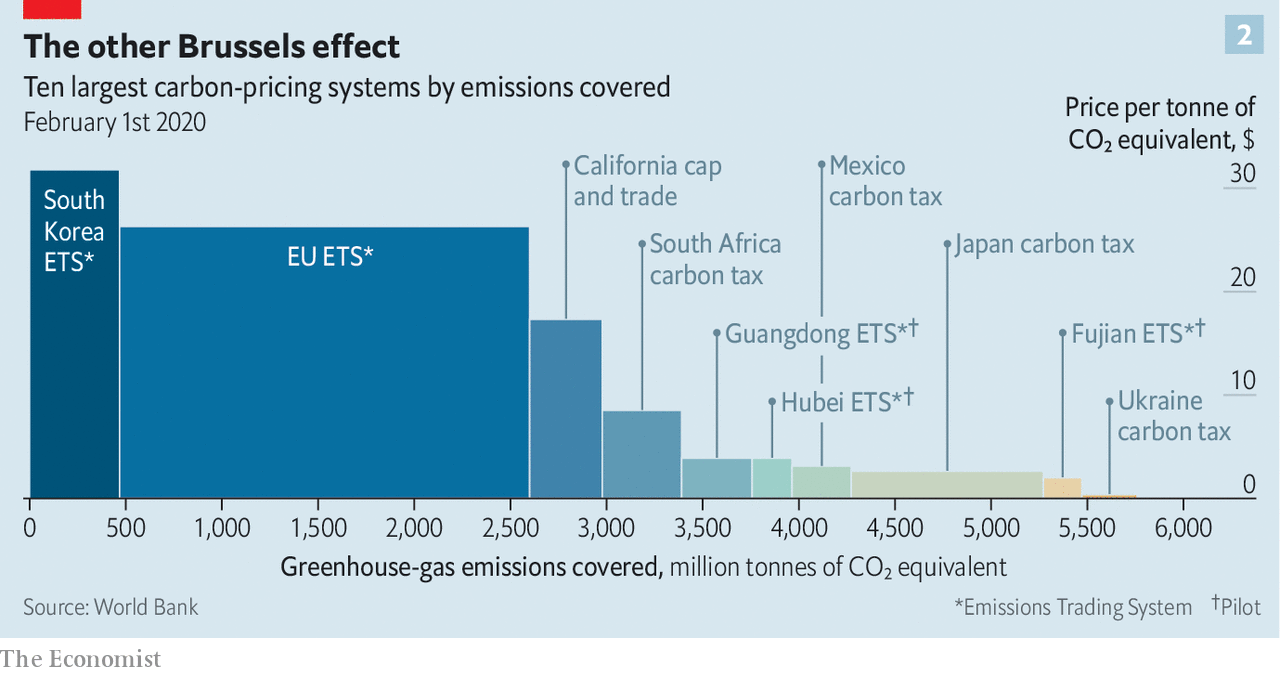 Consequently, it has prevented the release of more than 37 million tonnes of CO2 and saved 200,000 hectares of rare peat swamp forest capable of providing extraordinary ecosystem services.

In Colombia, companies can even pay their carbon taxes using carbon credits.

This scheme has been recently launched by Government of India. The implementing agency Convergence Energy Services Limited (CESl) being a subsidiary of Energy Efficiency Services Limited (EESL), has planned to distribute high quality LED bulbs i.e. 7 watt and 12-watt LED bulbs with 3 years warranty at an affordable cost of 10 rupees per bulb in rural areas.

Eligible are the rural consumers who will submit working Incandescent bulbs in exchange. Each eligible household will receive up to 5 LEDs along with the meters installed in their houses to calculate the usage.

Unique character of the scheme is that it will be financed entirely through carbon credits and is going to be the first such programme in India. Over the total cost, Rs. 60 per LED bulb piece will be sourced from the revenue earned from carbon credits besides the Rs.10 which is to be paid by the rural consumer. 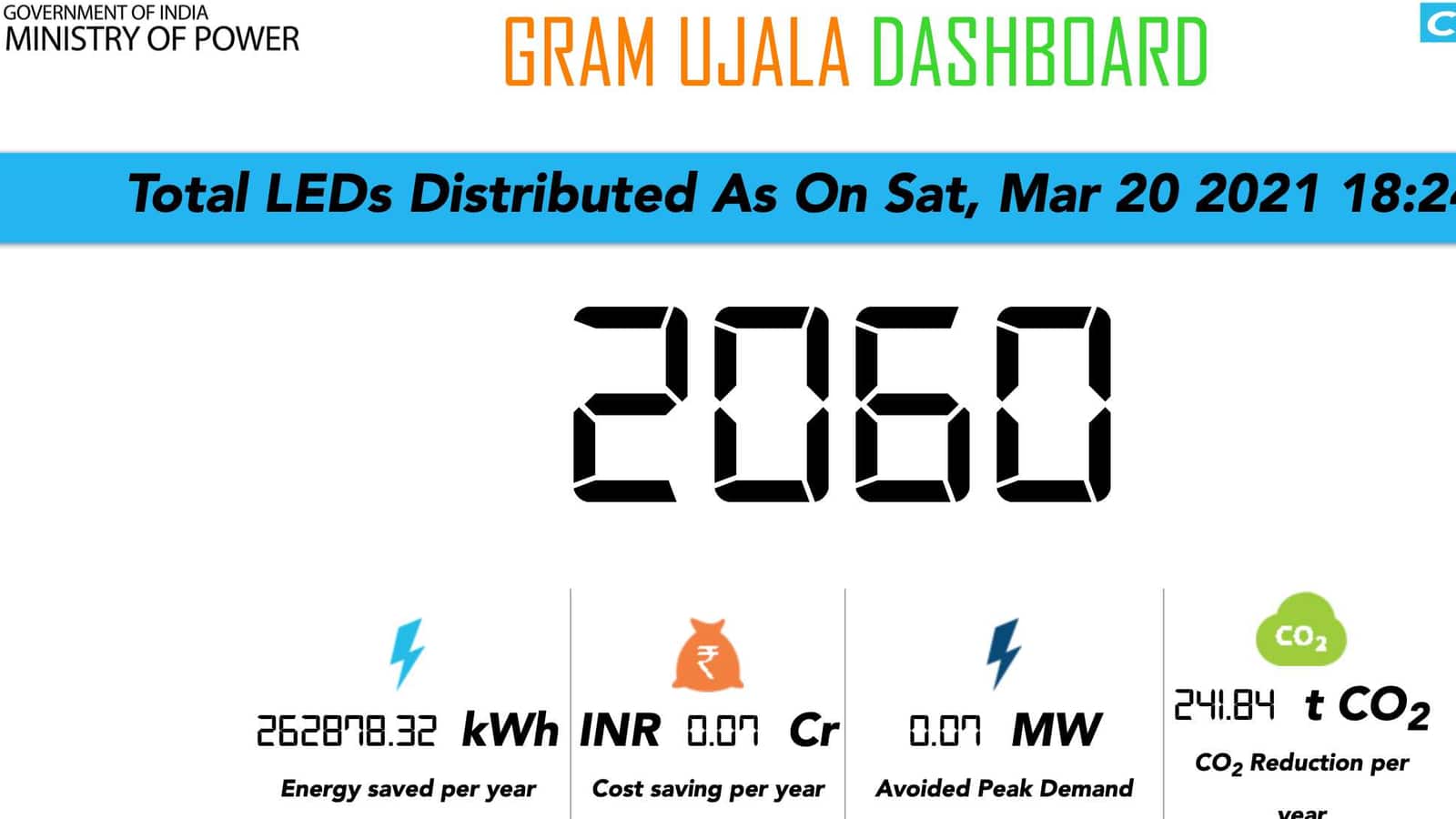 It is important to note that apart from several challenges faced by Humanity in the last year, all countries are united to face the threat of impending climate change. We are trying our best to make sustainable changes to our World so that Earth does not have to commit to several changes to sustain itself.