As the people’s movement to conserve their Environment and restore it to its very beauty, is gaining momentum. A host of responsible countries are also announcing various measures to accelerate their efforts and countable attempts to be submitted to Paris Climate.

Recently major countries have announced a slew of measures, in specific, set a timeline or a target year for Carbon offsetting.

The IPCC report of 2018 has demonstrated that net emissions must be reduced to zero in order to balance the global temperatures. The report also states that any inaction on anyone’s part, not involving a reduction to zero, will not stop climate change.

This objective has been ratified by Switzerland, the EU and many other countries, under the Paris Agreement.

Zero Emissions represents a shift from the traditional industrial model in which wastes are considered the norm, to integrated systems in which everything has its use.

It advocates an industrial transformation whereby businesses emulate the sustainable cycles found in nature and where society minimizes the load it imposes on the natural resource base and learns to do more with what the earth produces.

It envisages all industrial inputs being used in final products or converted into value-added inputs for other industries or processes ie. Maximised resource utilisation and less wastage(based on input/output approach), ultimately emitting less GHGs.

To achieve all Net zero emissions target, man-made greenhouse gas emissions must be removed from the atmosphere through reduction measures, thus reducing the Earth’s net climate balance. The removal may be made to a natural or artificial sink.

It is to remember that the later this goal is achieved, the higher the emissions control need to be, with more stringent compensatory and regulatory actions.

The targets by IPCC:

Under the Paris Agreement, countries have agreed to limit warming well below 2 degrees C and ideally 1.5 degrees C from the pre-industrial temperature levels.

Climate impacts (from the current 1.1°C) like melting ice to devastating heat waves and more intense storms — show the urgency of minimizing temperature increase to no more than 1.5 degrees C.

The latest science suggests that to meet the Paris Agreement’s temperature goals, the world will need to reach net-zero emissions on the various timelines ranging from 2050(in case of 1.5°C) to 2085(in case of 2°C).

Total GHG emissions reach net-zero by the end of the century.

Countries shall be clear to specify whether their net-zero targets cover only CO2 or all major GHGs. A comprehensive net-zero emissions target would include all major GHGs, ensuring that non-CO2 gases are also reduced.

Based on countries’ economies and stages of development, they have the discretion to set the target duration. There is no one-size-fits-all timeline for individual countries.

How can emission targets be achieved?

Investments are required for carbon removal. Removing CO2 from the atmosphere becomes a prerequisite for such reduction. A perfect balance has to be maintained between anthropogenic emissions by sources and removals by sinks of greenhouse gases in the second half of this century, on the basis of equity, and in the context of sustainable development and efforts to eradicate poverty.

Major economies with their emission reduction targets and how they plan to achieve:

1. Sweden – 2045
In June 2017, Sweden pledged to reach carbon neutrality by 2045 – making it the first country to put into law a timeline to ensure it was ahead of the Paris Agreement’s target.
By decarbonising its energy sector, by increasing its nuclear fleet, investing in hydroelectric power sources and a carbon tax.

3. France – 2050
Plans to reach net-zero greenhouse gas emissions by 2050.
France, a nation that relies heavily on nuclear power, is looking to ramp up its development of low-carbon sources and renewable hydrogen, while aiming to phase out coal-fired power plants by 2022.

4. New Zealand – 2050
New Zealand passed a law in November 2019 to reach net-zero emissions by 2050.
It claims to be in a good position to hit the target, with 80% of the country’s electricity being sourced from renewables and a phase-out of oil and gas planned for 2035.
But it also need to reign in its methane emissions.

5. US and Canada to work to net-zero emissions by 2050.
In this cause, Keystone XL pipeline, which would have transported 830,000 barrels a day of carbon-intensive heavy crude has been revoked. Canada’s clean energy is to be combined with US wind, solar and geothermal power.

While the nation may be the world’s biggest burner of coal and the largest market for fossil fuels, it is also the leading builder of renewables and the largest global investor in clean energy. Therefore eyes are on their efforts to make a big change.

India has ratified the Paris agreement and vouch for net-zero by 2050.

India is the only major country in the world where actions to combat emissions are compatible with the goal of limiting global warming to an average of 2 degrees Celsius until it keeps a check on its actions.

There is a challenge ahead because according to the World Energy Outlook, India will lead the global energy demand over the next decade. We need to be cautious of every step ahead.

The systemic mechanism of Earth’s balances have lost its ground.

Since the Earth already reacts strongly to small changes in the amount of CO₂, methane and other greenhouse gases in the atmosphere, emissions of these gases must be reduced until the whole system is back in balance again. 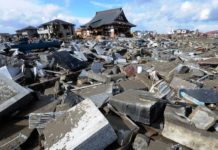