Climate change is real and every aspect of it too. Even the unseen and un-imagined off-shoots of this reality have spread its tentacles in almost all corners of the World, becoming the new normal.

Humans have evolved by exploiting this very characteristic that they have yet been able to adapt well enough. But will they be able to continue doing so?

According to a study, in lieu of several World-class cities having no climate adaptation plans to fight the ever-rising threats like floods, heatwaves and pollution, 400 million people stand at risk of getting their lives and livelihoods withered away.

CDP, a global non-profit collated and assessed the data disclosed by companies, cities, states and regions on environmental impact covering over 800 global cities.

It found that 43% of these do not yet have a plan to adapt to the challenges of climate change.

Pronounced survival threats and push-factors in the wake of Climate Change have urged half of the planet’s population to move to cities. These fast-expanding cities are fueled by desires and needs rather than proper management of this resource, assuaging the situation for some time to come but actually exacerbating the situation at hand, in the long run.

One of the reasons why Inequality in India remains at large and push vulnerable communities even more exposed to Nature’s fury.

“The urgent need to act and have adaptation measures in place to keep the citizens safe, is increasing together with (the growing urban population),” CDP’s policy Director stresses.

The study points out that nearly 93 percent of the stated cities were facing “significant threats“, while 60 percent highlighted “substantive” water security issues.

The top five Global hazards are flash and surface flooding — including from rising sea levels — heat waves, rainstorms, extreme hot days and droughts, not forgetting the air pollution at work.

According to the report, 70 percent of global emissions come from World cities and therefore urban centers are drafting schemes like increasing the use of renewable energy and improving green spaces, transport infrastructure and recycling.

Are all cities alike?

There has also been a reported increase in cities taking part in the CDP’s annual report, with 812 cities opening up their data for use in 2020, compared to just 48 in the first study 2011.

Some cities are moving at faster pace than the others and setting more ambitious climate targets than their respective National governments, according to CDP.

Others lacking the efforts cite budget constraints for shortcoming.

“As an investment in the future, the costs of action greatly outweigh the cost of inaction.”

Global average annual losses originating from weather-related and other disasters in cities alone covered about $314 billion in 2015 and are expected to increase to $415 billion by 2030.

The report highlighted Santa Fe County in the United States, Greater Manchester in the United Kingdom and Penampang in Malaysia after becoming the first city in Southeast Asia to report a net zero ambition.

Even in India, panchayats like Meenangadi are setting their own Climate goals. Why do Indian Mega cities fail to attempt change?

Delhi having chalked out an official Climate agenda has ordered electric buses, shut down Constructions, regulated trade permits and even drawn out Even-Odd scheme during GRAP. However, every year it finds itself becoming a smoke-pot. Current problems are technical ones in desperate need of technological fixes, and not more laws to negate inaction.

In cities like Delhi and Mumbai, more than half of the population end up living in slums and is most vulnerable to climatic impacts.

They are perfect examples of how a certain kind of consumption-driven economic growth model is proving, not just ecologically unsustainable, but is also a catalyst of global warming.

Based on corporate risk management firm Verisk Maplecroft’s recent report, India is the most “at-risk” country, with 43 of the top 100 cities on the list of 576 largest cities under the threat.

Delhi bagged the position of second-highest risk city in the world, followed by other Indian cities like Chennai (3rd), Agra (6th) and Kanpur (10th). Closer behind are Jaipur (22nd), Lucknow (24th), Bengaluru (25th) and Mumbai (27th).

Pollution has been stated a main threat to the urban population of India as toxic air was responsible for nearly 20% of deaths in the country in 2019 as per the report.

At 2 degree C, Earth will lose its cool, its highly-maintained Equilibrium. And undoubtedly Humans will lose their power to influence the Climate system.

At the current pace of understanding, we will pass over the targets and will require these Mitigation-Adaptation strategies to survive.

In the words of Peter Carter, “Two degrees is too late.” We will never see three degrees of warming because we will be long gone.

Cities those remain unprepared to face trivial consequences will be overburdened with an imminent collapse of health, infrastructure, economic and entire social systems. 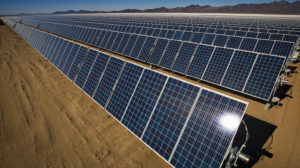 Wind Energy can now be ‘all’ clean, new tech ends wind blade waste
Ruskin Bond and his love for Nature is exemplary for future Nature guardians