Naxalism will tend to remain the greatest challenge to India’s internal security.

Recently the concern resurfaced in news for the killing of at least 22 Indian security personnel and nearly 32 got wounded in a major Maoist attack in the central state of Chhattisgarh, as confirmed by a senior police official.

Even in December 2020, the PLGA(People’s Liberation Guerrilla Army) cadres had killed around 3,000 jawans of the central as well as state forces, over 222 politicians and 1,100 police informers.

Even though the problem of Naxalism has been treated as a problem of Law and Order; yet it has been largely left to the police at the local level to deal with the situation and with no clear perspective or directives from the upper level.

The Government of India announced a nationwide initiative by the name “Integrated Action Plan (IAP)” for coordinating operations aimed at combatting and undermining support for the Naxalites in Karnataka, Chhattisgarh, Odisha, Andhra Pradesh, Maharashtra, Jharkhand, Bihar, Uttar Pradesh and West Bengal, back in 2009. And though there have been pacifying forces like Shanti Sena constituted by erstwhile Naxal leaders with strong backing from Police, but when it comes to Naxalism all Indian Intelligence fails.

We barely know about their tactics, their coherent ways to tackle and encircle Police and other Authorities, their intelligence gathering, involvement of local communities and their dilemma etc. Therefore, every such measure to contain them has failed terribly.

How did it acquire the roots?

Red Corridor and its expanse:

Naxalites have dreamt to create an alternative state structure in India in the so called “red corridor”, which depicts the entire Naxal-infested region in India ranging from Nepal to northern fringes of Tamil Nadu (except some parts of coastal Odisha). We have only been able to anticipate their actions through their recent trends. Some of these include:

4. Mobilization of masses for improved land rights, against forcible land acquisition, tribal land alienation, and against SEZs in affected areas.

5. Naxalism also speaks of neglected Agricultural youth resource and bleak opportunities for them.

How will Climate change effect Naxalism?

According to a 2018 SIPRI report, with accelerating effects of climate change on livelihoods of people involved in activities like Agriculture, fishing and allied functions, in South and South-East Asia, the support for rebel groups, in specific, the Naxalite movement is likely to shoot up.

Climate change will anyhow tamper the balance of social fabric and increase Inequality in the society. With distorted socio-economic and political disparity in such crisis-stricken Human communities, those in power will get to decide the accessibility to limited resources.

This can trigger off a rebellion altogether with right amount of polarization, unfulfilled aspirations, bleak future and an unhealthy relationship between Government of the day and local communities.

As per the latest IPCC report, the World is on the brink to collapse. Nordqvist and Krame’s report in 2018 examined a 2,000 peer-reviewed studies based on the relationship between climate change and conflicts. Their findings from India have shown that rebel groups and government forces both find recruitments easier when conditions are driven by desperation.

Even the cooperation from civilians may be garnered in lieu of some services like food, protection, refuge etc.

“They violently remove local farmers from their land to ensure enough cropland and agricultural supplies for their own use. The risk of violence seems especially high in rural areas, where government control is scarce and the local population is dependent on the support or protection of rebels or other armed actors,” Nordqvist insisted.

“Not everyone affected by climate change will join a rebel group but this also relates to the failure of the governments to respond to disasters. There is an urgent need for a climate change risk assessment in South Asia and South-East Asia as right now we simply do not know the risks involved” by Krampe.

This can even cause imbalance and riots in Urban areas. Naxalists may even resort to such tactics earning an opportunity from Climate change.

A few of Natural resources those may be impacted by Climate change, may fall within the jurisdiction of two or more countries. Therefore, scarce resources may cause even these neighboring countries to be in conflict with each other, also impacting other foreign affairs at disposal.

The countries already at war like Afghanistan, Syria, Myanmar may even respond differently to such a crisis with results unknown, even the emergence of crimes, trafficking or piracy related issues.

Or in countries like Pakistan, it could lead to more infiltration and increased foothold in areas under siege like the Islamist group Jamaat-ud-Dawa (JUD) in Sindh province after the extreme floods.

Climate Change has visible and invisible impacts drawn with it. And it will spare none. There are few aspects we can understand and fight back but the experience or floor test of such a crisis will open a Pandora of Challenges. Few of us may not be able to thrive or may be most.

Thereby, we can continue to fight amongst ourselves, lower each other down, crop up various unnecessary issues for diversions or just be a sitting duck, Climate Change mitigation shall be on every mind and soul. It ought to be prioritized for the sake of entire Human race and not just the ones with vested motives. Art and awareness can help us with that.

We pay our regards and salute to the martyrs of Chhattisgarh Maoist Attack and every other attack so made on Humanity in entire history of time. 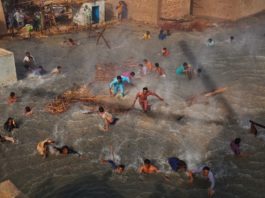 The real consequences of Climate-Change: A Pandemic, Rising Inequalities and crumbling... 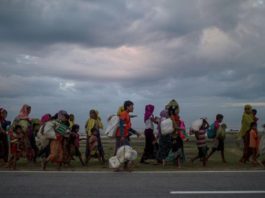 Climate change is accelerating Urbanization as the vulnerable may find difficult... 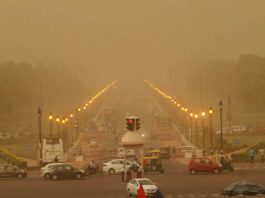