The Indian Wire » Environment » Delhi Air Pollution: City witnesses the second most polluted day of the year; AQI at 477 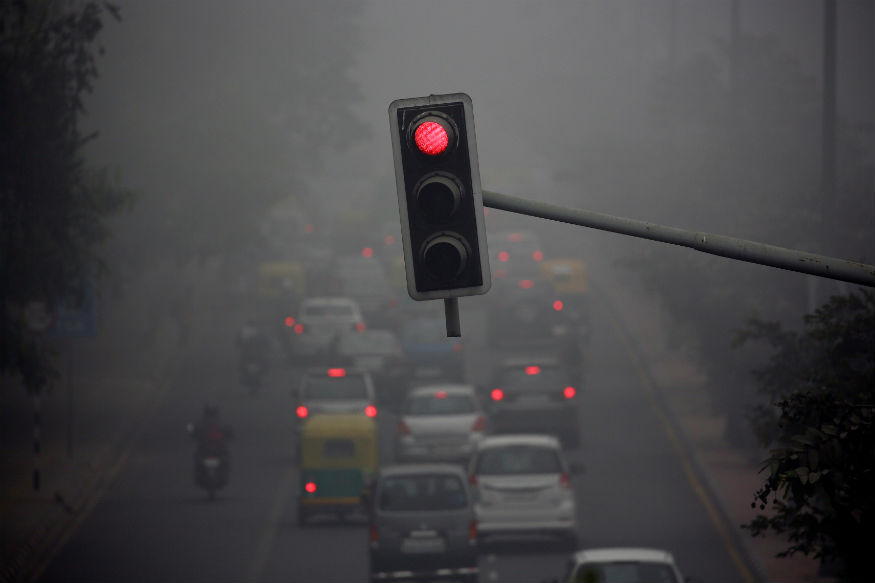 The pollution watchdog, the Central Pollution Control Board (CPCB), recorded the air quality index (AQI) at a ‘severe’ level of 450. The Centre-run System of Air Quality and Weather Forecasting And Research (SAFAR), however, recorded the overall AQI at a dismal 477.

The National Capital Region(NCR) turned out no better as Faridabad was at 444, Ghaziabad at 478, Greater Noida at 457 and Noida at 466. Gurugram, however, surprised with a much cleaner AQI at 300.

Also, some areas like Ashok Vihar, Anand Vihar, and Wazirpur have crawled towards the ‘severe plus emergency’ category.

The India Meteorological Department (IMD) has predicted that the prolonged period of light winds and low temperature might continue for the next three to five days. This will lead to the poor dispersion of pollutants. As a result, the air quality will remain in the ‘severe’ category for the next two to three days.

The experts believe that even healthy people find it difficult to breathe when the air quality falls to the ‘severe’ category. Also, a CPCB-led task force has advised minimizing the outdoor exposure for the next couple of days and avoiding the use of private vehicles for commuting.

The authorities have warned that close monitoring of the situation is being done and if the conditions continue to persist for another 48 hours, then stringent actions like car rationing and banning construction activities will be taken.