Of Course the construction of dam means more cheap power but it may displace the people who live in that land and snatch their habitat.

During Jawaharlal Nehru’s tenure, when people were to face displacement due to Hirakud dam, following were his words:
“If you are to suffer, you should suffer in the interest of the country.” 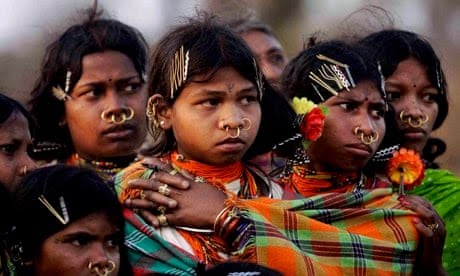 We had been a developing country for long, a third world and we are still striving forward to fulfil our dreams yet our roads to Development have numerous footprints of the ones displaced in the name of economic activities or river projects, sometimes even for mineral resource.

When such roar is in the citizenry, the clamour too reaches the Judiciary and hence there are many cases fought and settled in this regard.

Several River boards also tend to the wounds of such people in distress.

The poorest and most marginalized people are generally hit the hardest by displacement, most often without adequate compensation. Many displaced families have been displaced three or four times.

Nearly 8.6% of Nation’s total population constitute of Tribals and among the evicted, Tribals alone account to be 40%. Dalits constitute 20% of displaced persons.”

“The millions of displaced people in India are nothing but refugees of an unacknowledged war.”

Large-scale dam building has been able to deliver very little in terms of benefits. Many projects are able to irrigate just 20% of the command area but the harm they do to the environment and people is immense. And the impact they have on displaced population is often intimidating and dehumanising.

In 2007, the Government of India formulated a national policy for rehabilitation and resettlement but till date, there is no policy which suggests alternatives for displacement.

In 2013 came Land Acquisition and Resettlement and Rehabilitation (LARR) Act.

It enabled a comprehensive rehabilitation and resettlement package, provided for those who lost their livelihood(including the landless and tenants). The Act also provides for schools and playgrounds, health centers, roads and electric connections and assured sources of safe drinking water for each family.

Forced displacement of these communities has caused them to relocate to unfamiliar and hostile environments, away from their traditional habitats.

The process of forced displacement has increased their vulnerability to exploitation, pushing them to poverty, chronic malnourishment, starvation and ill health(exposure to several pathogens), including serious psychological trauma. 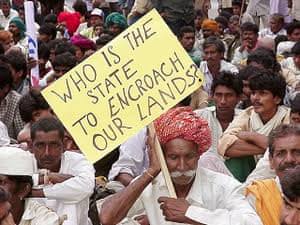 Few notable instances of such eviction are following:

FRA: Last year the Supreme Court ordered a time-bound eviction of all families living in Forests whose claims under the Forest Rights Act(FRA) had been rejected by the authorities. It attracted disappointment amongst Human rights and tribal welfare activists.

Narmada Bachao Andolan (NBA)
It was criticised on grounds of the project’s cost-benefit analysis, it’s hydrologic and seismicity- related assumptions and total lack of rehabilitation strategy of large number of people.The World Bank was forced to do an independent review (also known as the Morse Commission) of the project in 1991 that gave an adverse report.

Hydel projects in Lahaul: Protests against Mega Hydel projects-Seli, Jispa, Tandi and Bardang, the already sanctioned and proposed on Chenab basin in Himachal’s Lahaul. The valleys are similar to Chamoli and are prone to erosion, may trigger a calamity. For now, several villages will be submerged.

Building a Strategic command to tackle the growing pressure of Geopolitics at ANI.
Proposed is a new greenfield coastal city there, that will be developed as a free trade zone and will compete with Singapore and Hong Kong. Also consisting of underwater casinos, resorts etc.

However there are few important challenges to the plan and yes, these can’t be neglected:
1. It serves a fragile biodiversity and natural ecosystems, so unique and serene. 95% of Little Andaman is covered in forest, a large part of it the pristine evergreen type.
2. Presence of indigenous tribes like Onge, Shompen, Jarawas and yes the Sentinelese(last year in news for the killed American) and absolute concerns for their welfare because their immunity is still not developed bereft of the exposure to pathogens.
3. ANI are quite vulnerable to earthquakes and tsunamis. To proceed, India will have to de-reserve 32% of the reserved forest and de-notify 138 sq km or 31% of the tribal reserve.

There is enough scope for applying rainwater harvesting models and building small check dams for storing water as alternatives to bring a significant amount of rest in the lives of millions.

The voices of dissent against such inconsiderate development projects and inhumane displacement are growing louder than ever, after the recent Uttarakhand disaster. This calls for responsible, all- inclusive and sustainable changes to Environment.