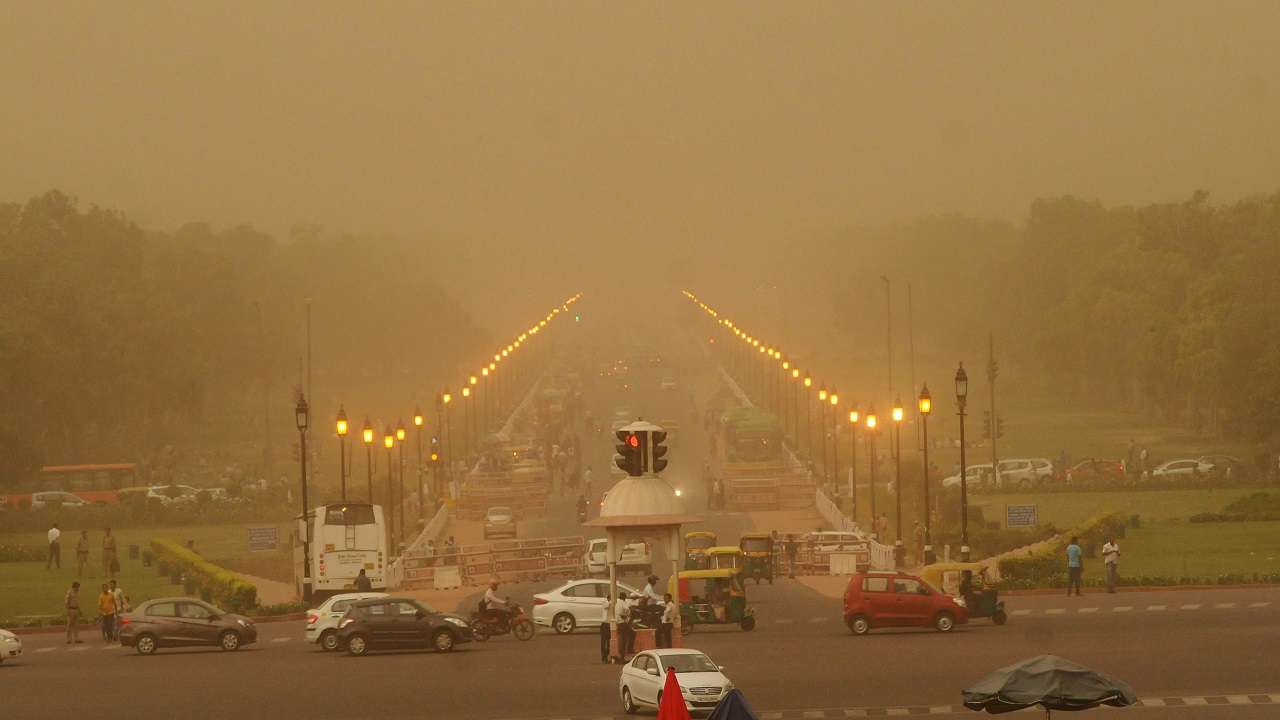 Global warming and Climate Change is a deadly phenomenon. There is never a day when we do not feel its captivating effects around us, in our lives.

These two evils even create a domino effect, that could itself trigger numerous minor and major changes across the planet including collapse of several ecosystems.

India is the fifth most vulnerable of the 181 countries to the effects of climate change, with its poorest being the most at risk according to Global Climate Risk Index and ranked 29 out of 191 countries by the 2019 Inform Risk Index.

According to various studies been undertaken, whole of the South Asia has a grim future.

The findings reveal that with a global 2°C rise by the end of the century, this region will be exposed to more frequent and deadly heatwaves—which may in fact become thrice to the current exposure to such callosity.

Moreover, even if the mercury levels in the region are limited to 1.5°C, the impact of rising heat stress will only narrow down to just half and nothing more. The warming needs to be limited as soon and as much as possible, that too as an ultimate priority. 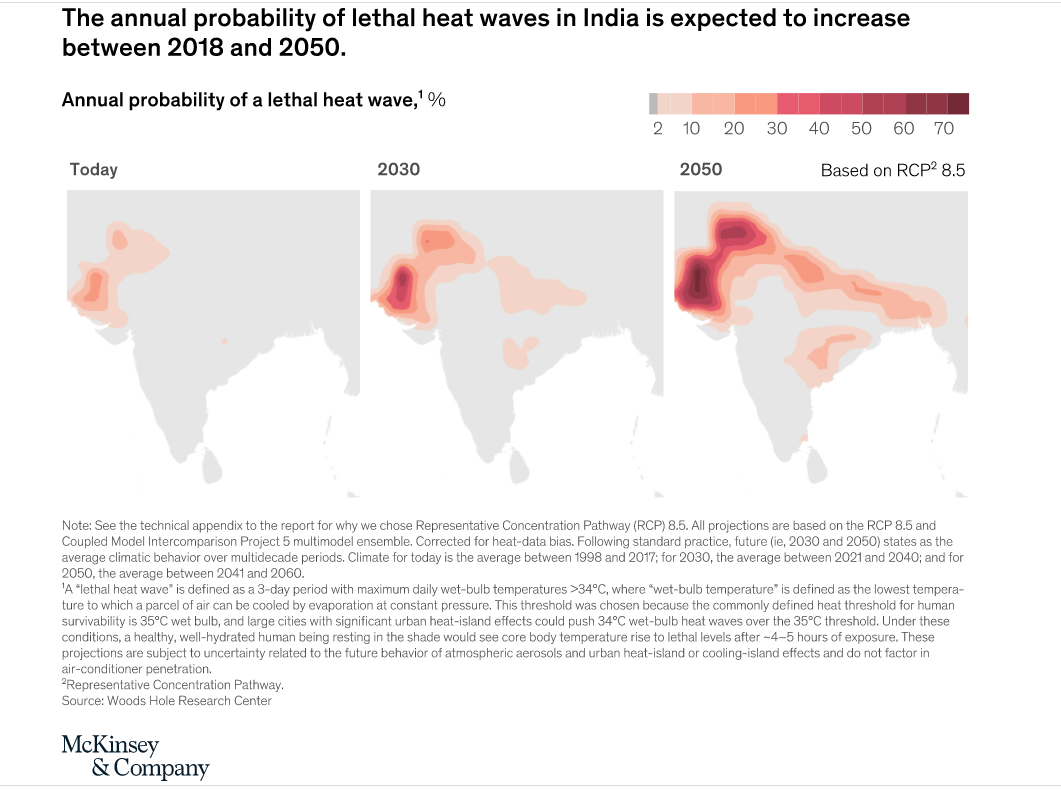 In India, a Heatwave is declared when the maximum temperature of a station reaches at least 40°C or more in Plains and at least 30°C or more for hilly regions.

Another report revealing health impacts of the climate change by The Lancet Countdown on Health and Climate Change has highlighted that India alone recorded over 31,000 heat-related mortality incidents in 2018 amongst the 65-plus aged population.

There are other dozens of reports indicating that heatwaves would become more frequent and lethal by the end of this century.

Dust storm or sandstorm is a meteorological phenomenon that occurs when loose dust and sands mix with the air and get transported from one region to another with strong winds. These are formed out of pressure changes.

Dust storms are recently troubling Delhi and nearby regions in Northern India, thereby affecting the air quality (already degraded) and increasing dust particle content in the air. It is just April but it feels like June already.

Northern India, specifically Rajasthan, Delhi, Punjab, Uttar Pradesh and Haryana, is expected to witness even a hotter than normal summer this year, according to the India Meteorological Department (IMD). Similar conditions would also prevail in Odisha and Chhattisgarh as spillover.

Why have Heat Waves arrive so early?

According to IPCC 2018 report, this scorching heat, extreme temperatures and consequent heatwaves are definitely the aftereffects of increasing climate change. And as CO2 emissions continue to rise, these extremities of weather patterns will not be a rarity anymore.

India’s annual average temperature seem to have risen by 2 degree Celsius already by 2006, it is even expected to rise another 1.5 – 2 degree Celsius till 2030. Where do we expect all this heat to go if not play the game with Climate?

No doubt, Geophysical Research letters study points out that with such 2 degree rise, the exposure of Indian population to lethal temperatures will be thrice as of current temperatures.

Approximately, 1.2 billion Indians are expected to live in conditions like that of Sahara if the emissions continue to rise, that too not in distant future. It can be visible in next 50 years.

Researchers have also brought in North pole warming to cause this unprecedented change throughout a tropical country. It is aptly explained in “Large-scale connection to Deadly Indian Heatwaves” report.

Here it is indicated that Indian heat waves are occurring due to a theoretical mechanism called “Quasi-Resonant Amplification (QRA),” i.e. Arctic warming due to global warming.

Fading LaNina: La Nina conditions, wherein a colder than normal surface temperature is prevalent over the Pacific Ocean inducing cooler conditions across Indian Subcontinent, are also weakening now, although they are expected to continue till June.

This is also the reason why conditions are becoming less pleasant and more favorable for the heat wave conditions. 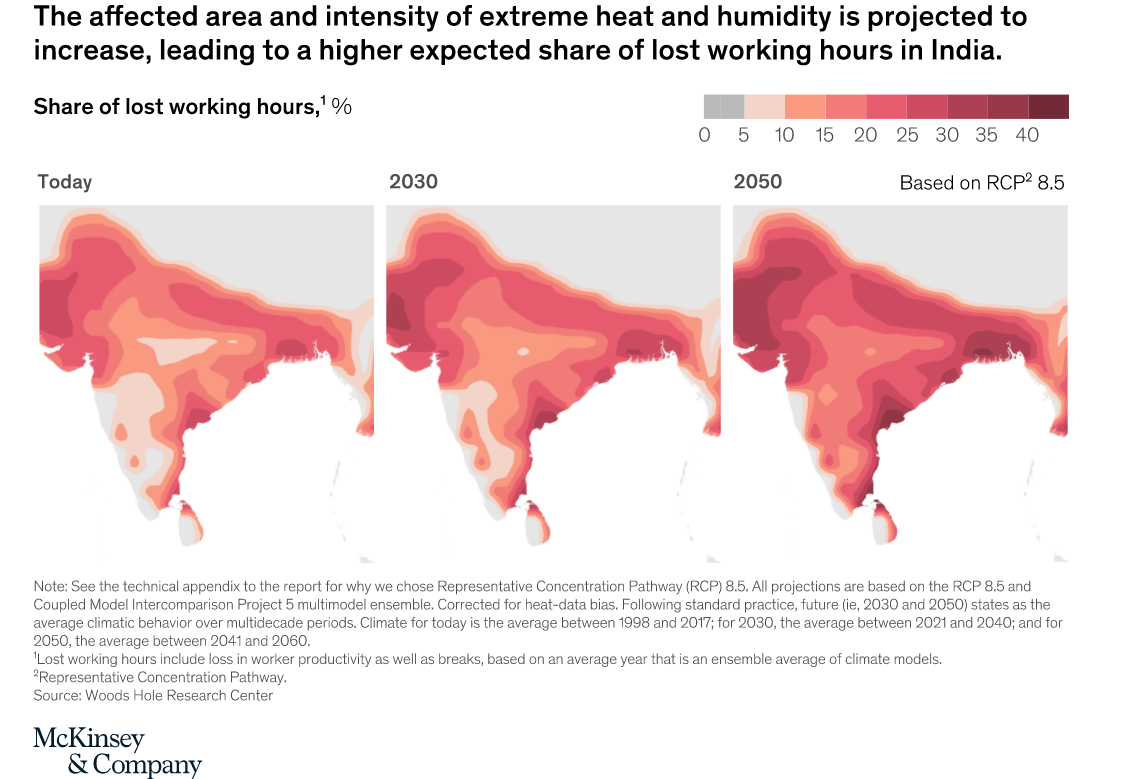 2. Heatwaves and the involved Dust storms can reduce the visibility on roads, increase pollution further: air as well as water.

3. Agriculture gets its major share of impacts of a heat spell as the crop cultivation becomes difficult. Reduction of crop yield, productivity and decreased photosynthesis are some of the issues.

4. Even small industries which may not be able to afford ambient air conditioning will be vulnerable, according to Energy policy Institute.

5. The biggest threat is definitely to the human lives as these storms have the potential to cause respiratory issues and even lung cancer. Similarly, extreme heatwaves can cause heat stroke.

Do these only cause disadvantage?

They are beneficial at times as they may help transport minerals across the regions, causing deficit to become surplus. Such storms can even destroy a few diseases and unwanted insects.

Strategy: To face such events, one must adapt and mitigate appropriately. Planning needs to be done effectively to manage such crisis through the following plausible steps:

2. Building healthcare capacity to deal with health emergencies caused due to such disturbed weather events which tend to be more frequent in future.

3. Community outreach is required to update them on such issues and threats, through media.

4. Inter-agency cooperation and engagement to deal efficiently through such gross times is important.

We have seen in recent past that although our policies and strategies may not change our environment-degrading lifestyles but Nature can cause us to mend our means to an end that might sustain us all.