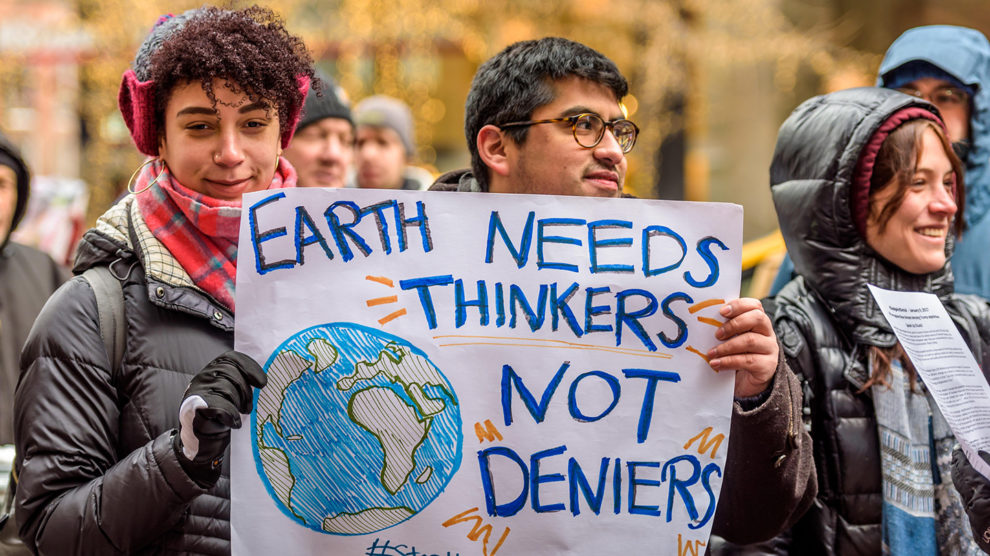 It seems with the new IPCC report, we are not left with any “maybe (s)”.

This unflinching situation can be turned into a boon if our disconcerted and passive efforts may now really come at the forefront of our agendas.

The message that IPCC has given now is clear and wide, depicting our grim future and it is worrisome. Sea-level rise is fastest in 3000 years, Arctic ice has been melting most in 1000 years and Carbon-di-oxide has registered highest concentration in 2 million years.

And our attempts to limit these impacts (lest correct it) fall severely short on the face of humanity.

Big takes from the report:

Recently released Sixth Assessment Report (AR6) by IPCC, never dictates countries of what to do. But the science and facts contained in it, forms the basis of climate action required, and serves as the foundation for international climate negotiations. AR6 has constituted an assessment-focused research of approximately five years with reviews from over 234 leading scientists across 60 countries for which the core writing team analyzed over 14,000 climate change related research papers.

It is to know that greater emissions sinks like oceans, land, forests together absorb nearly 50 per cent of the emissions released into the environment which means that without these, we may have crossed the 1.5oC warming increase already.

We are hoping on to them to store the carbon we release and by increasing their numbers, we may help offset the released emissions and achieve the Net-zero.

But the report has revealed that the relative efficacy of these sinks will go down with more and more emissions on the run. With these sinks particularly crashing, we need additional sinks those will be difficult to create in due time.

And therefore, we cannot encash these sinks to clean up our emissions in the future at the current rate, crashing the very Net zero targets we are planning our future on.

According to IPCC, there are seemingly “no pathways” to control it anymore. With warming, will come many changes like Sea level rise and consequent intense rainfall, the report has calculated a 7 percent increase with every 1-degree rise, glacial ice will keep melting even if we stop GHG emissions worldwide.

It’s a clarion call as the nations will drive up their emissions to kickstart their stalled economies and create a few dollars. In the process, emissions will be released. We need to be disruptive at this point using better pollution inhibiting techniques.

It will be a hard-earned transformation but an urgent path and not a choice anymore. The world will have to cut down GHG emissions by 45-50 per cent by 2030 as compared to the 2010 levels and reach net zero by 2050.

It is to note that extreme sea related events occurring previously once in 100 years, could now visit us every year by the end of this century.

Underlying dangers and scope for India:

From the Industrial revolution till the current hour, US, European Union, Russia, the UK, Japan and China have contributed about 60 per cent to the World’s carbon dioxide budget.

With their negligible and disproportionate carbon reduction targets, it seems they will increase this budget to about 68% by 2030. For example, considering China’s emissions alone, they are bound to increase in this decade from 10-12 Gt/CO2 annually.

Simultaneously, India’s contribution to this global CO2 budget is just three per cent with some 2.6 Gt/CO2 emitted annually.

But we are also the ones witnessing climate change drastic impacts at our doorstep: landslides, sea level rise, floods etc.

Due to our cultural embeddedness with Nature, Indian leadership has been pro-active about respecting it, though some actions may vary.

The Core report writing team has explained: “The biggest simultaneous challenge and opportunity for the Sixth Assessment Report Synthesis Report is the massive increase in public awareness of climate change since the Fifth Assessment Report, and the readiness of governments and other actors to address the challenge”.

Hence, India can act and act well because we tend to color things our way, dealing with problems in any possible way we can. We can preferably try that here, when the world needs it.

Also, South Asian Monsoons have been studied well, the sustainer of Indian farming.

Our profundal questions so far including the very quotient of ‘human impact’ in derivatives of climate change, have now been answered well.

“During the 21st century, snow-covered areas and snow volumes will decrease in most of the Hindu-Kush Himalayan and snowline elevations will rise and glacier volumes will decline”.

“A general wetting across the whole Tibetan Plateau and the Himalaya is projected, with increases in heavy precipitation in the 21st century”. This augurs a danger for India as it will witness frequent heat waves, warmer nights for the winter crops, variable and weird monsoon patterns, destructive floods and storms, disrupted power supplies, increased inequality and what not.

For better or worse, barely 110 countries, just half in total, have rationalized their NDCs as per the report, but not China, India or South Africa.

Thus, time has come and denial isn’t saving anyone, anymore. The report calls for renewed demands for all countries to update their climate action plans, termed as nationally-determined contributions or NDCs under Paris Climate Agreement.

Instead, we need to ask now if we are listening to what has been revealed? We understand what we need to do to help limit the gravities of the situation?

‘True cost of Food’: what are we paying then to consume?
World Biofuel Day 2021: Hopes for better Environment amidst looming danger of Climate change and achieving Net-zero emissions
Comment