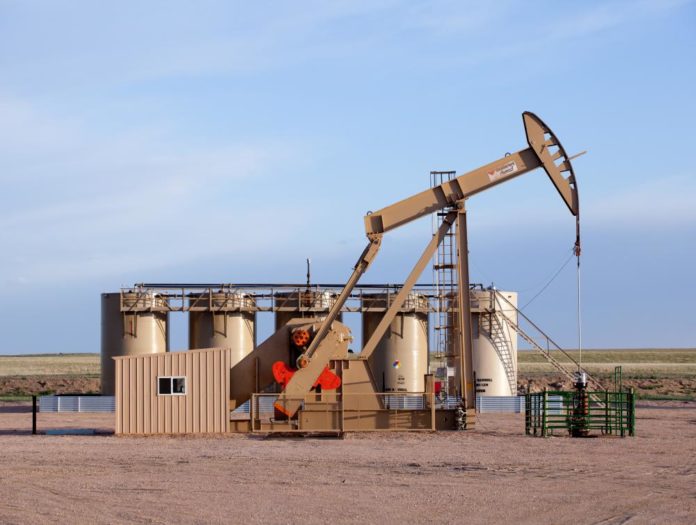 With many scholars believing that fossil fuel energy will significantly decline by 2050 and a few others contradicting that Earth has enough resources to cater to its greedy population.

Yet amongst alternative energy supplies, Shale gas and oil is likely to be potent captors of energy market.

Shale energy is an unconventional technology wherein natural resources are extracted from 2,500-5,000 m below the earth’s surface unlike the conventional crude oil found at 1,500 m. Extracting the shale oil and gas requires deep vertical drilling, then followed by horizontal drilling.

For this, ‘Hydraulic fracturing’ (fracking) is undertaken wherein huge volumes of water along with certain chemicals is poured into the rocks below at extremely high pressure. The pressure is powerful enough to fracture the surrounding rock, creating fissures and cracks through which oil and gas can flow.

The additives can include detergents, salts, acids, alcohols, lubricants and disinfectants. While proppants such as sand and ceramic particles are added to prop open the fractures formed under pressure, thereby ensuring that gas and oil can continue to flow freely out of rock fractures even after the pressure is released.

Fracking is based on two technologies:

It aids an uninterrupted access to energy at affordable prices that supports 1.7m jobs worldwide.

Since extracted locally, this technique is rather impervious to international disruptions in energy flow due to war, sanctions, geopolitics etc.

Currently, India is exploring shale gas reserves in 56 sites, spread across six Indian states, all located in water-stringent areas. India has made several regulatory changes since 2017 to ease out shale exploration under  “Hydrocarbon Exploration and Licensing Policy (HELP),”.

Meanwhile ONGC, one of India’s largest exploration group, has been elated with the shale gas discovery as Asia’s first in the Gulf of Cambay, Krishna-Godavari basin, Cauvery and Assam-Arakan Basins.

According to the 2010 Deloitte report, “Shale gas: A strategic imperative for India”, natural gas demand in India will nearly double by 2015, from 62 billion cubic meters per year to 120bcm per year.

Economics expect that Shale oil production may reach up to 12% of global oil production, equivalent to almost 14 million barrels a day. This could strengthen level of global GDP to increase 2.3%-3.7% ($1.7-2.7 trillion at today’s GDP values).

India being one of the large net oil importers, may see its GDP boosted by around 4%-7% by 2035 in our alternative scenarios.

The Indian Cabinet in 2018 brought a policy allowing fracking in contract areas that were previously allocated for exploring hydrocarbons through conventional drilling.

The Indian parliament also amended its statutory definition of ‘Petroleum’ finally including shale gas in its scope to facilitate the above provision for Corporates.

What did EIA report?

It highlighted the fracking-specific water challenges across all three projects.

What did the EIA report lack?

To ease such business, Indian government has allowed Shale corporations to exploit the resource through fracking without even conducting EIA studies.

But its damages to the Environment goes far beyond..

Few prominent ones are:

(1) The risk of ground and surface water contamination due to leakages, making it unfit for further use.

With nearly 260 chemical substances being used, 58 are recognized risks to human life and environment, eight being carcinogens and 17 being toxic to freshwater organisms.

(2) Intense use of water and land, beyond sustainability. 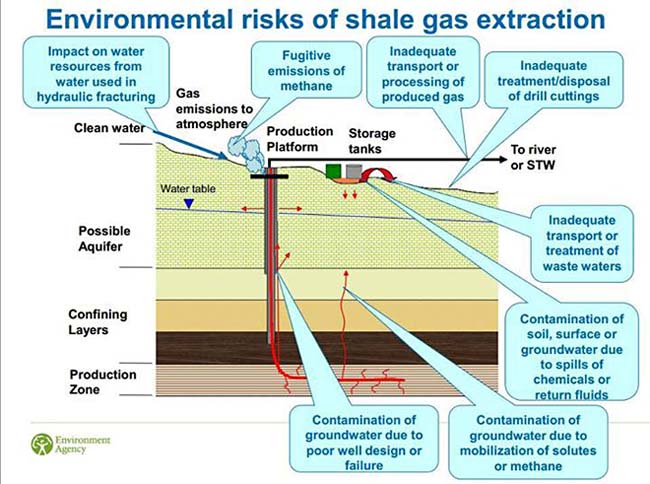 (4) Methane, a major pollutant in fracking, is a major greenhouse gas with a global warming potential being 84 times that of carbon dioxide and also stays for long in the Atmosphere.

(5) The high salinity of the wastewater spilling out of these systems, can reduce the soil’s ability to sustain plant life.

(6) Specific cases of an induced seismic activity have also come to notice.

US specific case of water exploitation:

From just 2011 to 2016, the water intake increased up to 770 percent, per well in major US shale gas locations, while flowback and produced water volumes generated within the first year of production increased up to 1440 percent.

Therefore, several members of the European Union(then including UK) have imposed moratorium against fracking activities altogether.

Navajo Island in Mexico has continued to face severe environmental and livelihood problems due to fracking alone. Since 2019, there have been 319(including 2 severe) accidents in the region, including oil spills, fires, blowouts and gas releases.

Probable Solutions to the problem: Due to a shortcoming in the process, representatives being answerable to rising unemployment and falling economic growths, would anyhow not relinquish such technology altogether.

However, Environmental causes are also finding a suitable voice within the youth of most Nations. It can be suppressed at times, but the spark cannot be extinguished

What can therefore be a probable solution?

There can be adoption of the need for a fracking-specific environmental clearance guidelines noting the shortcomings of EIA. Proper risk assessments along with the required rehabilitation needs to be looked after. The whole biodiversity around needs to be preserved and its habitat protected.

The information regarding Fracking can be made a bit more transparent as independent Environmentalists do not have access to such critical data.

With over 70% of India’s groundwater resources being overexploited and Urban cities almost going out of water in expected times, Fracking water-scarce living systems in India is a disaster in the making that needs to be nipped in the bud.

You can reach out to us at [email protected]om and we will get back in minutes.