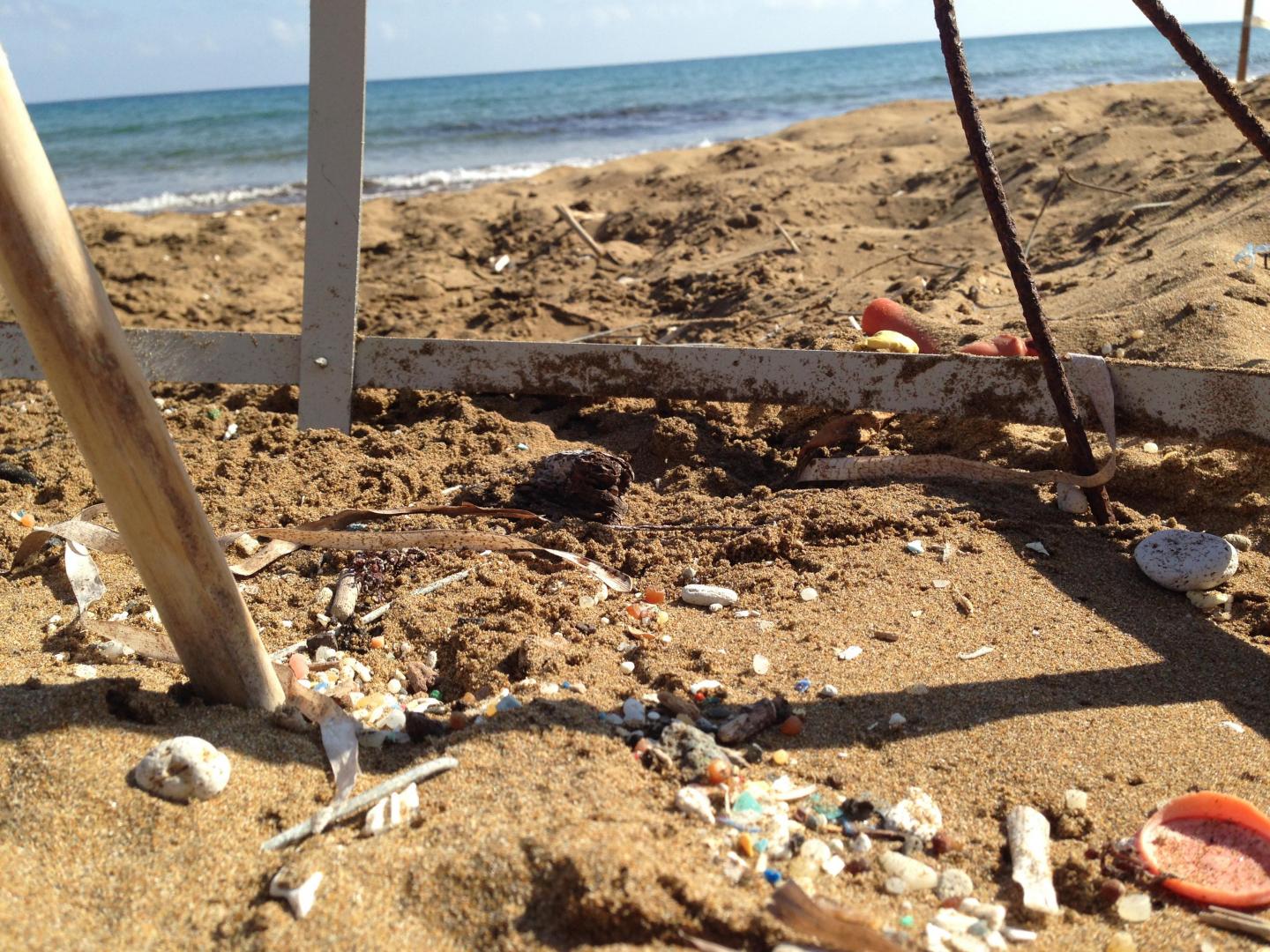 A new study by University of Exeter scientists reports that Microplastics have been found deep in the sand on the beaches where sea turtles lay their eggs. The research team found an average of 5,300 particles of plastic per cubic metre at depths of 60cm (2ft) on the beaches in Cyprus where green turtles and loggerheads nest.

At the surface level, up to 130,000 fragments of plastic were found per cubic metre – which is the second-worst level that has ever been recorded on a beach, next only to the worst, which was in Guangdong, South China.

Researchers warn that if these conditions worsen, such pollution could eventually begin to negatively affect hatching success and even the ratio of male and female turtle hatchlings.

“We sampled 17 nesting sites for loggerhead and green turtles and found microplastics at all beaches and all depths,” said Dr Emily Duncan from the Centre for Ecology and Conservation on the University of Exeter’s Penryn Campus in Cornwall. “Microplastics have different physical properties to natural sediments, so high levels could change the conditions at hatching sites, with possible effects on turtle breeding.

“For example, the temperature at which the egg incubates affects the sex of the hatchling – with females more likely in warmer conditions.More research is needed to investigate what effects microplastics have on turtle eggs.”

Microplastics have a diameter of less than 5mm and they come from numerous sources including discarded plastic items that have been torn apart, microbeads from cosmetics and microfibres from clothes.

Of all the microplastics that were categorised in this research, nurdles (pellets which used in the production of plastic products) and hard fragments that were broken from larger items were the most common.

“Unlike the beaches in China where the highest levels of microplastics have been recorded, these beaches in Cyprus are located far from industrial practices and aren’t visited by large numbers of people,” said Professor Brendan Godley, who is the leader of the University of Exeter’s marine strategy.

“Therefore it seems that microplastics are arriving on ocean currents. In this case, our analysis suggests most of it came from the eastern Mediterranean basin. This is also true of the large plastic items found on the beaches in Cyprus in large numbers.”

The findings of the study support the theory that beaches serve the roles of “sink” for marine microplastics, which causes them to become key areas for contamination. The research is based on the 1,209 sediment samples that were taken from 17 turtle nesting beaches in northern Cyprus.

The paper, titled “The true depth of the Mediterranean plastic problem: Extreme microplastic pollution on marine turtle nesting beaches in Cyprus” was published recently in the journal Marine Pollution Bulletin.

Women driving 4 wheelers and 2 wheelers to be exempted from odd-even rule: SC
Sunflower pollen good for bees; has medicinal and protective effects
Comment