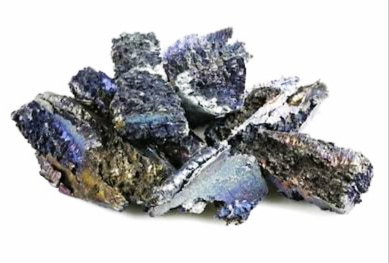 Scientists from the University of Plymouth and University of Illinois tested a range of new and used products including children’s toys, office equipment, cosmetic container etc for the presence of few contaminants, including the Lanthanide elements in various consumer plastics in addition to Bromide and Antimony.

The study got recently published in peer-reviewed journal “Science of the Total Environment” being the first to illuminate this occurrence.

In all, the REEs(Rare Earth Elements) were found in 24 out of 31 products tested, including diverse items where unregulated recycling is prohibited such as single-use food packaging and beached marine plastics.

In this study, REEs have been determined in a range of consumer plastics of different polymeric makeup (n = 31), and also by inductively coupled plasma-mass spectrometry following acid digestion.

These evidences suggest that REEs are ubiquitous and all-pervasive contaminants of both contemporary and historical consumer and environmental plastics as they were previously found in ground water, soils and the atmosphere.

Eg Phosphogypsum is actually a waste by-product of phosphoric acid production for fertilizers.

There’s a lot of it – about 100,000 tons of these REEs end up in phosphate rock waste every year.

This makes us derive to the point that their presence is more likely the result of incidental contamination during a mechanical or geomorphic process, notwithstanding any particular source or activity.

Theoretically speaking, the amount of waste produced means the annual production of rare earth oxides could be almost doubled if they can get this to work, even though the elements only make up about 0.1 percent of phosphate rock.

In the study, Rare metals were most commonly observed in products containing bromide and antimony at levels insufficient to effect flame retardancy, but also appeared in plastics without these elements.

According to Professor Turner associated with the study:

“The health impacts arising from chronic exposure to small quantities of these metals are unknown. But they have been found in greater levels in food and tap water and certain medicines, meaning plastics are unlikely to represent a significant vector of exposure to the general population.

However, they could signify the presence of other more widely known and better-suited chemical additives and residues that are a cause for concern.”

In May 2018, he showed that hazardous chemicals such as bromine, antimony and lead are finding their way into food-contact items and other everyday products because manufacturers are using recycled electrical equipment as a source of black plastic.

The study aimed to illustrate quantities of unusual or so-called “conflict” elements in every product.

After the revelation, Food Packaging Forum and other related groupings too acknowledged the fact. Refer here.

Bromine and Antimony are used as flame retardants in electrical equipment and their existence in the matter is a sign of the presence of recycled electronic plastic.

However it is to note that these not-so-common contaminants were found in greater levels in food and tap water, even certain medicine. Consequently, we could conclude that plastics are unlikely to represent a significant vector or carrier of exposure to the general population.

The term “rare earth elements” (REEs) means that they are rarely found in nature. Strictly speaking, this is incorrect because the term “rare earth” derives from the minerals from which they were first isolated, which were uncommon oxides found in gadolinite extracted from a mine in the village of Ytterby, Sweden. Actually, excluding promethium, rare earth elements are diffusely found in the earth’s crust. 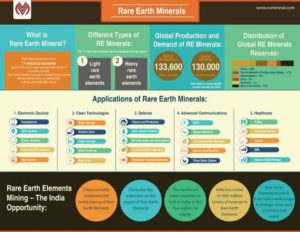 Some of their properties include being chemically stable, having excellent thermal conductivity, high ductility, and corrosion resistance.

Recently, REEs have been recognized as an essential resource for the transition to high-tech industries and are attracting worldwide attention as the vitamins of modern technology.

China holds about 55 million tons of REEs I.e. the largest reserves in the world (48.4%) and produced more than 80% of the world’s production of rare earth oxides (REOs) in 2016. 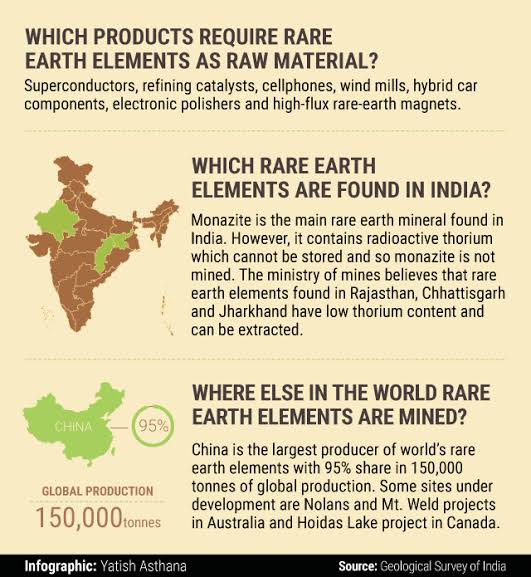 For that reason, REEs were regarded as critical raw materials in the 2010 and is used offensively to mould other countries.

They can potentially cause the following:

Are toxic to Nature

Though technological wonders do complement Natural wonders but any further course shall depend on its sustainability.

Indiscriminate exploitation or extraction of resources shall be stopped herewith.

Once we are ready enough to say ‘Bye’ to the fishy mining of REEs, Nature may reward us with a new ‘Hello’.