Renewable transition lying at the mercy of current strategy for fossils: predictions made, investments struggle and the picture we see now

The world economies could just cheer phasing out one of the greatest pandemics and fueling their industries back in motion.

Suddenly we get entangled in a global fuel crisis that has the ability to further decapitate human-made progress in every sphere, something, as per experts, the world hasn’t witnessed since the 1970s.

How is this a bigger crisis in recent times?

Several geographies are facing crunch in diverse energy sources such as Natural gas prices have been troubling the entire Europe (nearly 400% increase) while China faces power disruptions due to insufficient coal supply.

Yet again, it is seen that worldly problems are interconnected. Be it the climate change or the fossil crunch, a disability caused to a region can influence the other face of the world.

Developed economies like UK and Australia are preventing its fuel pumps from getting dry while India’s power plants are operating on lower stocks of coal to provide electricity needs of the country.

Meanwhile, the coal prices are soaring high due to energy shortages across China, India and Germany, there is a surge observed in demand mostly by the recovering economies.

Though OPEC+ (OPEC countries alongside the Russia-led group of oil producers) have relented to boost fuel production, but only in their desired calculated steps.

What were International Energy Agency (IEA)’s projections for the year?

According to Global Energy review 2021, the demand for varied fossil fuels was expected to grow in 2021.

Coal demand to mark an increase by 60%, alone being more than all renewables combined. Renewables’ demand increased fairly by 3% in 2020 while the other fuels declined in their struggle. 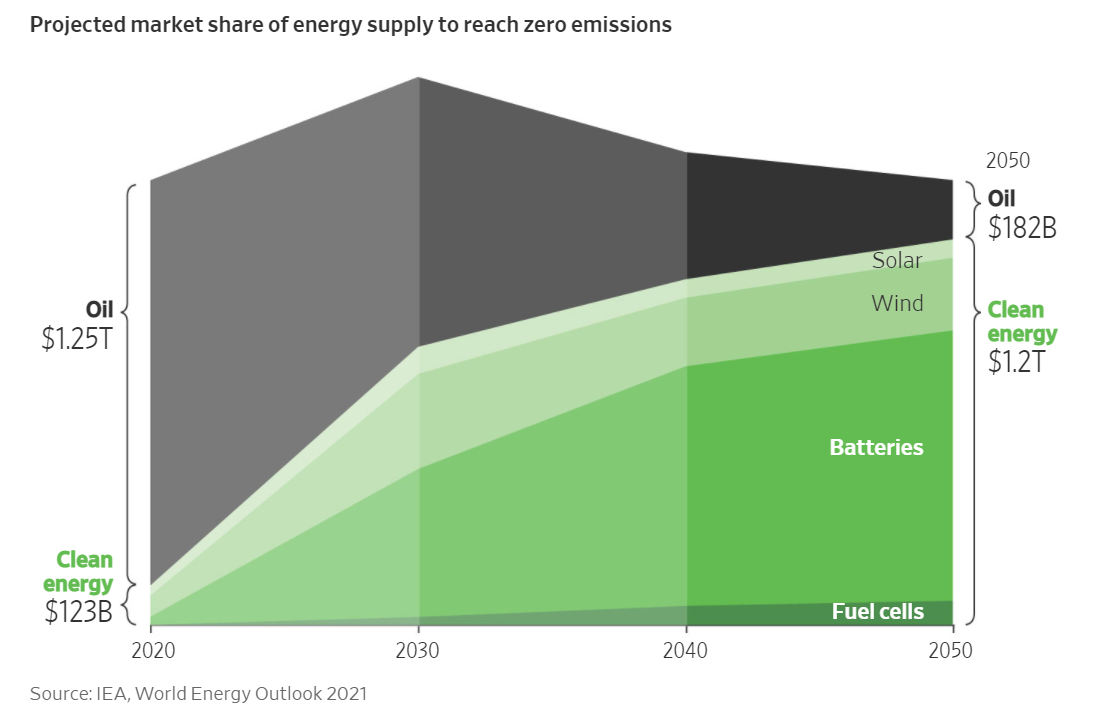 This growth in coal demand will be more concentrated in Asia. As per IEA, China is expected to account for over 50% of this global growth.

An opportunity to build and destroy the Renewable market:

Lack in fossils may open the doors for their ever-lasting alternatives.

The world may realize now the importance of shift to renewable goods as they can easily be replenished by nature while the non-renewable ones may get exhausted upon use.

While the crunch prevailing within the fossil fuel world may cause us to expect that such a vacancy caused by the disappearance or lack of conventional fuels from the market may yield a proper seat for the renewables.

However, there is a catch.

IEA explains in its report: “The world isn’t investing enough to meet its future energy needs, and uncertainties over policies and demand trajectories create a strong risk of a volatile period ahead for energy markets.”

Looking from the scenario world lingers in, there could be a probable counter-attack on the renewable energy .

This happens as people begin to realize the economic cost involved with fetching respective emission targets and consequently pressurize the governments to revisit the pledged energy policies.

As per World Economic Forum: “The complexity of the energy transition is a fundamental issue for society with implications for all sectors and dimensions of life.”

“It is more than ‘let’s do better, let’s be more efficient’ – that is important, of course. But, there is a need to rethink the whole paradigm of how we consume (demand) and produce energy (supply).”

“The energy system is interconnected and stretched.”

This unpredictable and untamed crunch may over shadow the much-anticipated Conference of Parties (COP26) UN climate change talks to be held in Glasgow in October 2021. Like any other major system of the world going through a major change, it tends to become quite vulnerable.

More populous, polluting and bigger economies are expected to drive more attempts and be comparatively progressive but any move too sudden to handle, can destabilize, cause unrest and incur resistance to change.

In short, we have difficult, confusing lives ahead.

“The new economy is over-invested and the old economy is starved.” In addition, the newer forms of energy are not yet ready to take over and capture the consumer world.

But the transition to cleaner energy were supposed to be formulated to make these systems even more resilient, and never less.

As this transition may take several decades, there may come many more fuel attacks and stages of these will be powered on fossil fuels, even though the major producers may shift their output strategies.

With transition on the top of every diplomatic mind, a country in concern can discourage use of fossil fuels in its own territory to fulfil the intended targets.

Yet they may seemingly neglect or even discreetly encourage high spending on fossil fuels in other parts of the planet to keep the prices in check. That’s an unfair exploitation.

Therefore, the current price spike in fossil industry has reminded and helped us clarify that how much harder we try to create a new energy system, the world is still dependent on the old infrastructure.

“The transition is both the challenge and the opportunity,” indicating that the transition to renewables cannot be abrupt, will be gradual and more complicated than humanity expected.

As the world was struggling with the impacts of climate change, greater accountability was laid on to the Energy sector and it took that responsibility seriously, straining itself beyond its control.

We can thereby, acknowledge that this is the beginning, we can foresee a rocky, complex road ahead but the challenge and truth needs to be uncovered only to be worked upon together.

A fight to save the planet cannot be easy.