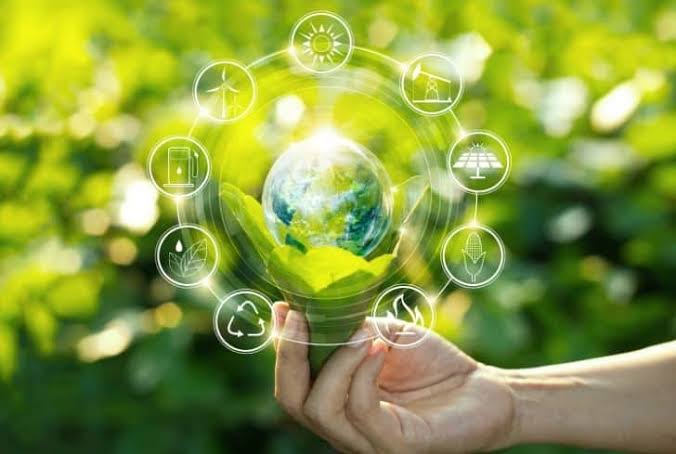 India has been topping the charts.
To our legitimate concern, not the ones for Discoveries or Production for now but for the pollution levels.

We seriously plan for sustainability yet we are not able to treat and subsequently root out a few challenges or impediments to our goals.

Of the 20 most polluted cities in the world with the worst air pollution, 12 are in India. 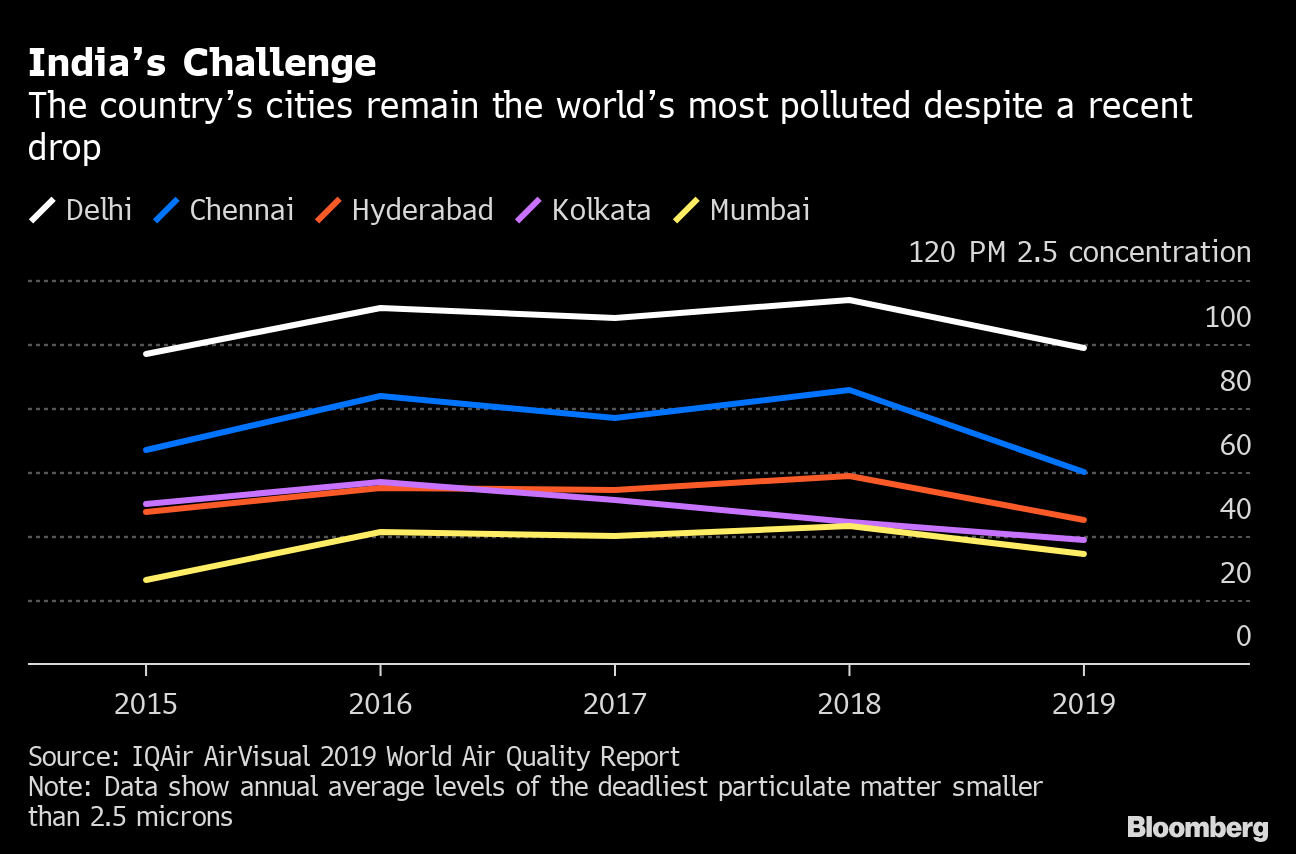 11 out of the top 12 cities with the highest levels of particulate pollution are located in India, according to a World Health Organization report.

Consequently 12.5% of deaths in India in 2017 were caused by air pollution, and these numbers could continue to rise.

Delhi’s dilemma every pre-winter is also filled with smog, PM 2.5, PM10 and various other hazardous gases.

Though there is a recent committee set up for the analysis of pollution sources, this problem returns much like a plague each year, hunting lives and Livelihoods.

The country’s capital, Delhi, has been looking for solutions and is done by promptly activating NCAP(National Clean Air Programme).

Another Niti Aayog’s report that was released in June by Nitin Gadkari, minister of water resources found India amidst “the worst water crisis” in its history.

The report found that at least 600 million Indians – almost half the country – contend with high or extreme water stress.

Even the groundwater resource is not spared.
A study in 2009 found manganese, lead, zinc, copper, chromium, iron, and elevated levels of cadmium in river sediments.

“If we use river water or not – we always lose.” say the farmers around such water bodies.
Similar is the fate of every other kind and source of pollution across the country.

While the experts do their work, let us scroll through greatest pollution sources across the sectors in India.

Diverting forest land to cultivation devoid us of natural benefits. Commercial agriculture in specifics, degrade our environment and leads to less filtering of pollutants and it’s sequestration.

Slash and burn and allied agricultural methods have their own cons besides it’s pros.

Other elements like fluoride, mercury, arsenic, cadmium and radioactive materials can harm irreversibly.

Genetically modified crops may have their own implications on Environment, destruction of transition ecosystems like wetlands, marshes, swamps etc.

Addressing these concerns were the core part of the IPCC “Special Report on Climate Change and Land“.

According to United Nations Food and Agriculture Organization (FAO), 18% of anthropogenic greenhouse gases come directly or indirectly from the world’s livestock and needs serious life-cycle assessment.

Disturbance by Invasive or foreign species killing the indigenous ones is in its own way a disaster for local ecosystem.

Industries:
In 2016, MOEFCC categorised various industries based on their polluting load capacity and segregated them in the Pollution Index.

1. Red category– Industrial Sectors with Pollution Index score of 60 and above, such as automobile manufacturing, manufacturing of lubricating oils, and paper and pulp manufacturing. It consists of total 60 industries.

2. Orange category– Industrial Sectors having Pollution Index score of 41 to 59.

3. Green category– Industrial Sectors having Pollution Index score of 21 to 40.

To access information related to industrial emissions in their areas, there are some 4,000 OCEMS (online continuous emissions/effluents monitoring systems) installed at different polluting industrial areas across the country.

A report by the Boston-based Health Effects Institute estimates that the number of deaths in India related to toxic air is somewhere at 1.67 million in 2019, or three deaths per minute.

This is higher than the 1.15 million estimated in 2017 by the government’s Indian Council of Medical Research (ICMR).

Among various polluting Industries, we have selected a few to check in complete depth:

Any such site generates high levels of dust (typically from concrete, cement, wood, stone, silica) that gets carried for large distances over a long period of time.

Another great deal is diesel particulate matter (DPM), a major source of PM10 on construction sites comes from the diesel engine exhausts of vehicles and heavy equipment.

It consists of soot, sulphates and silicates, all of which readily combine with other toxins in the atmosphere to degrade health.

Alternatives-  green buildings, sustainable buildings inspired by nature known as biomimicry(Architects and designers have looked to nature for centuries — from Stonehenge to Beijing’s Bird’s Nest stadium)
Sustainable building materials and organic paints can be used.

Fashion industry has been the second greatest polluter of freshwater worldwide.

When such fabrics are washed, it uses tonnes of water and then such water embodies with shredded polyester released into water can cause micro pollution.

Also Animal-based fibers such as wool and leather impact the environment, being responsible for 14.5% of global greenhouse gas emissions in 2005.

Solutions: Hemp, linen, fabric made from seaweeds or biofabricated leather are better to be used.

Top clothing brands every year highlight their sustainable initiatives and progress in their detailed sustainability report whether undertaken in retail or in sourcing operations.

Though its key areas involve saving of energy, water, more greenery in the factories, maximum use of natural resources, green factories, there are many other initiatives which are being taken by various companies.

There are more than 3.4 million registered small-scale units:

In lieu of its employment benefit and empowerment to domestic needs, GoI has always protected this Industry but the Pollution it generates need not be ignored anymore.

The Delhi-based National Productivity Council estimates that small-scale industries were responsible for 65 per cent of industrial pollution in 2000.

They contributed to 40 per cent of wastewater generation in 2001, according to the Central Pollution Control Board (CPCB).

There have been proposals to include environmental and social causes in consideration to WTO. Once this is done, it will mean that environmental costs of production will be taken into account in trade.

Solutions: EIA(Environment impact assessment) for every such project and periodic clearances can keep a constant check on this. But the new EIA rules sabotage such wider service to Nature.

Service industries have been long ignored in the formulation of environmental policy because of their relatively low emissions at their point of generation.

In addition, services have often lacked a discrete unit of production, so it is difficult to assess their relative performances over time or inter companies.

The service sector can influence environmental performance in some important ways:

3. Spreading awareness to consumers about comparing the relative merits of different products that are offered for example in the retail sales sectors.

4. Reducing resource use on the part of consumers by substituting more environmentally beneficial services or activities (e.g, substituting teleconferencing services for business travel).

Retail trade is a large sector with significant logistics resource and energy demands. Hotels consume irreconcilable amounts of electricity directly, though most of the total energy use is consumed in the supply chain.

Long term Solutions: are there any?

The Pollution in Indian Industries can be minimised by Smart Energy Management, clean form of technologies and even advanced pollution mitigation measures.

However we face two key challenges on this path to glory:

1. To link the smart energy management and air quality improvements in India.

2. To scale up development, financing, and implementation of smart energy solutions, including renewable energy (RE) and energy efficiency (EE), that can help address air pollution in industrialized urban areas, critically polluted areas by offsetting fossil fuel use for diesel and coal-fired electricity generation.

We can start the imposition of green tax and also “cap and trade” styled emission targets for treating emissions and Carbon credit as a commodity to sell and buy if need to emit more.

Demonstrations for possible alternatives and awareness regarding such individual-cum-collective mitigation measures are needed.

Implementation of above measures and strict enforcement of all those policies in place those have been framed to alleviate dangers of pollution, is what should be done at the earliest.

A new Green hydrogen economy has been proposed in the budget’21 and new National energy policy is also in place. 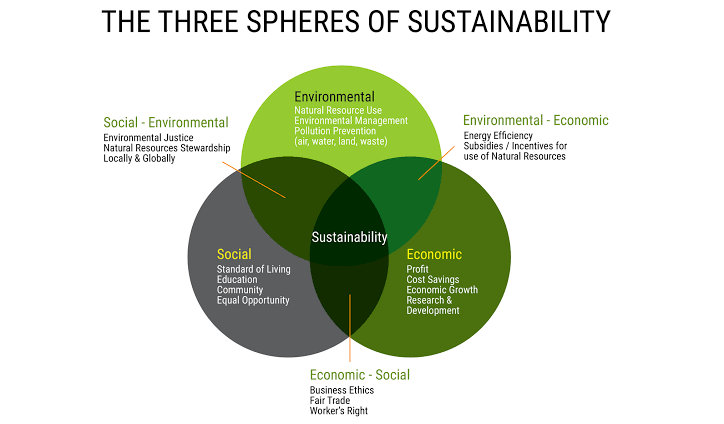 Strict punishments for any disregard of environmental laws is required to achieve the Sustainability we dream of.

All we need to ensure is ensure better coupling of economic growth and environmental sustainability because Sustainability alone is the key to survival. 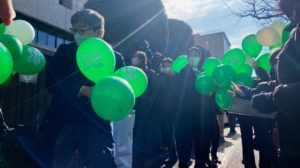 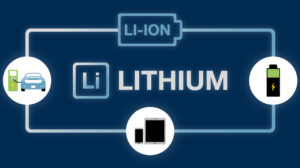 Why the green market remains volatile: Lithium shortage can threaten our way to sustainable and green Electric mobility. 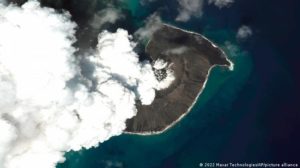 World Wildlife Day: Dear Forests and Livelihoods are to be preserved at most
Indigenous groups and Environmentalists fight for Amazon’s Sustainability amidst crisis