The first-ever request of Scientists to constitute a dedicated State-level fund for Nature, can policymakers resist the call?

There has always been a grave difference in approaches exhibited by the very leaders we have chosen to govern our nations and the Scientists those work in the same field.

While the former believes in populist motives, generally, the Scientists undertake and question openly the matters they are concerned about the most.

They just don’t indulge in public savories at bigger platforms rather think of better ways to serve humanity.

Therefore, many a times, Scientists, concerned with the exponential increase in intensities of climate change impacts, have called for funding to mitigate and adapt to these perils of nature.

It was intensely highlighted at Conference of Parties COP26 that an appropriate global funding mechanism based on ‘loss and damage’ shall be brought in force to alleviate the doubts of developing world i.e., to balance between their developmental needs and to assuage the forces of Nature while doing so.

Karnataka and its first-hand willingness to address Climate needs:

However, it is first in line that the respective state government has been asked to scroll every possible option for funding including the private entities, for imbibing better adaptation measures.

There is no such mechanism in existence at every state or provincial level. Though this form of decentralization or provincial autonomy to address one’s needs and ambitions, is highly appreciated amongst the experts, with least implementation.

This happened in Karnataka, looking at the grave damage to farmer’s cultivation and agricultural lands as well as public properties due to excessive rainfall received by the state, arising out of disturbed weather patterns.

It can probably induce an inch of productivity in forest lands, cotton fields or the sugarcane cultivation in Deccan, negatively impacting the agriculture crops like paddy, ragi, groundnuts.

But in the long run, this would consequently, impact the farm productivity, livestock and submergence of its coasts.

It is worthy to note that Karnataka State Action Plan on Climate Change 2021, that still needs an approval by the Centre, has chalked out an annual budget of ₹20,880 crores in 2025 and ₹52,827 crore in 2030 in order to brace itself for a future changed planet.

Why this happens? Where is the climate cash flowing?

According to the Scientists N.H. Ravindranath of IISc. Bengaluru and Indu K. Murthy, Centre for Study of Science, Technology and Policy Bengaluru, climate finances remain scattered.

In India, specifically, this is largely embedded in devolution schemes from Central to the states, in the form of grants or aids or to the ilks of those suggested by the Finance Commission. 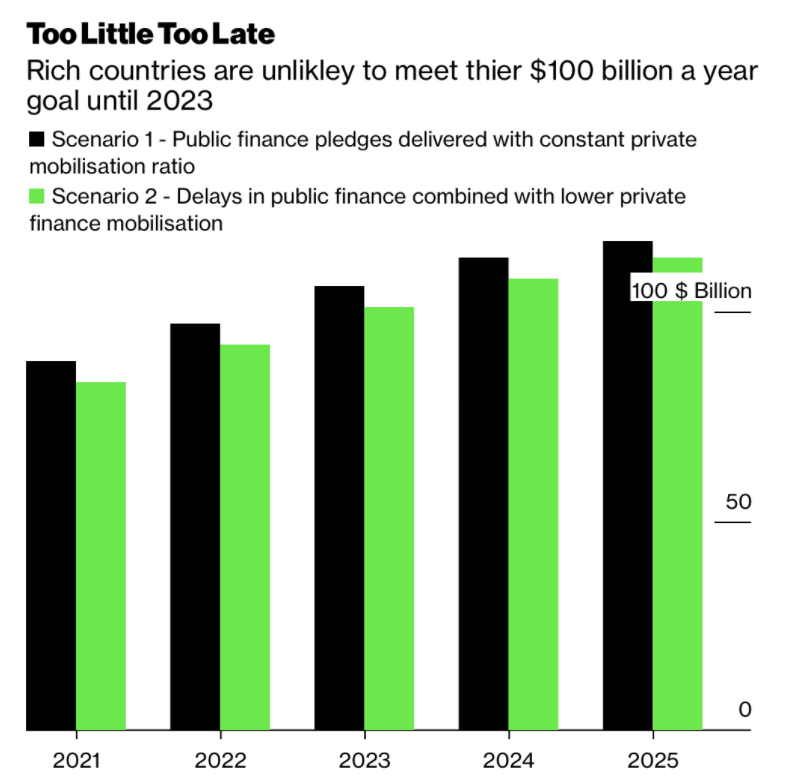 Consequently, this lies much under the hand and seal of central government. There is no fixed proportion allotted for such acts of tackling the environmental disregard.

The Union Government presented an allocation of ₹ 8,253 crore in 2019 for climate change adaptation and mitigation.

According to Professor Ravindranath, Climate action requires multi-thronged methodology, it needs to be embedded within the fabric of ongoing rural/urban development projects.

For this, it remains crucial that climate finances do not remain limited to a particular region, zone, society or a community. Even the current global vulnerabilities are interlinked and not acting on a particular portion of sphere.

The effects of climate change in one part of the world are dependent on the other and are influencing them too, simultaneously.

Prominent funding at the International Level:

At a UN summit held at Copenhagen in 2009, wealthy countries were made liable for compensating the poorer nations being harmed by the respective carbon emissions coming out of these industrialized countries.

These affluent countries relented to this fund instead, agreed to channelize $100 billion a year to help these poorer nations survive with climate change.

The pledge, known as ‘Developed nations mobilizing finance for developing ones’, aimed to reach this target till 2020. 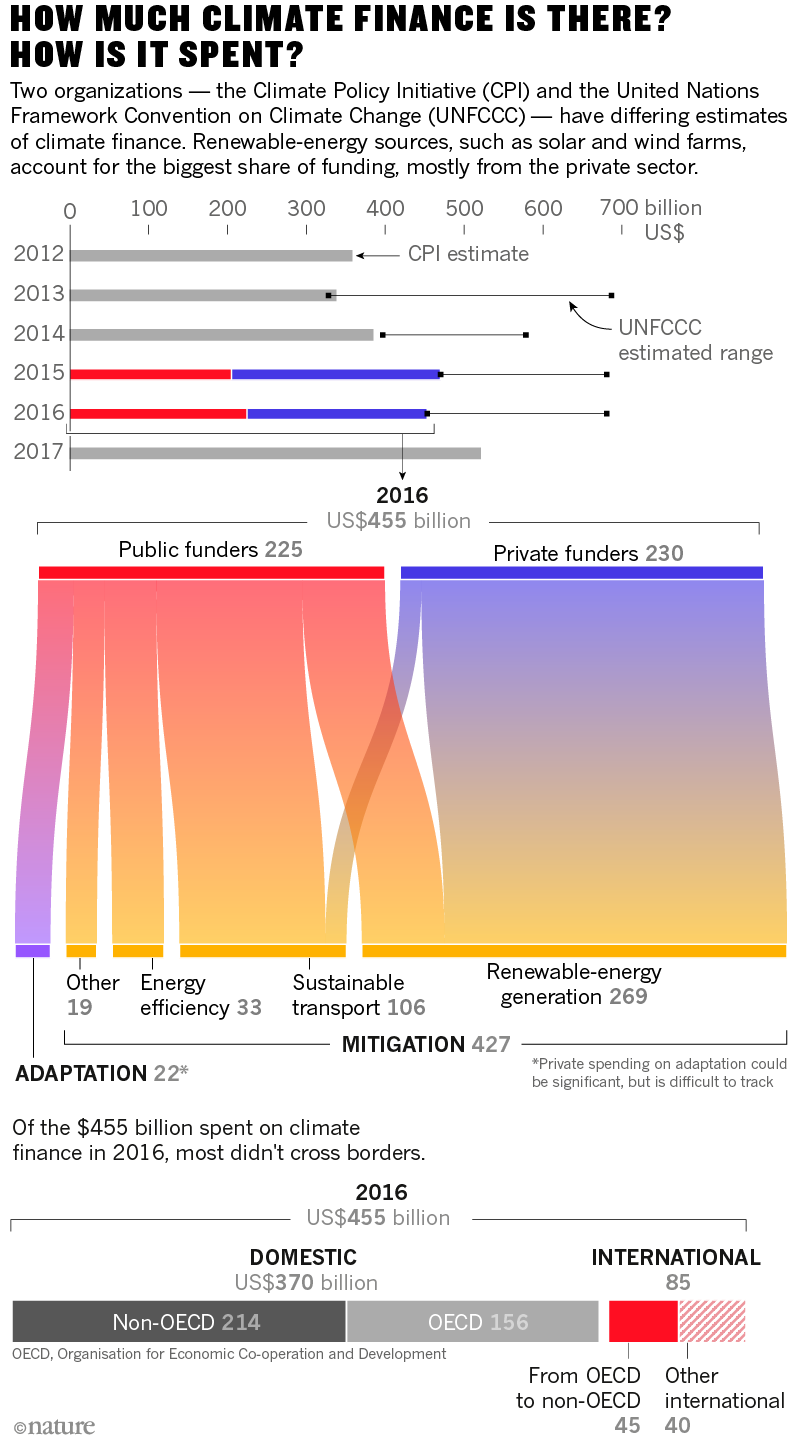 And hence the Green Climate Fund (GCF) was set up as one of the mechanisms to distribute this dirt-driven money.

Critics says that GCF is supposed to fund transformative projects across the world, the ones that comply with the warming world.

As the GCF’s first Executive Director once claimed: “The fund was not backing game-changing projects. That’s partly because there was political pressure on the fund to approve projects quickly, so institutions dusted off ideas that had been waiting for funding”.

Policymakers know that markets do not really trust ‘their announcements’. However, with proper effort and regard for promises, can really change in time.

UN’s Intergovernmental Panel on Climate Change (IPCC) has urgently called attention of the world by estimating that an annual investment of $2.4 trillion is required until 2035 alone in the energy sector, to limit the global temperatures to rise above 1.5 °C from pre-industrial levels.

And the arguments, negotiations and hard-found consensus is on its way to help fight the ones who cannot seemingly fight alone.