As per NITI Aayog’s report released, “The Day Zero for 21 Indian States is by the year 2020”. We are staring at a problem where cities are going to have no drinking water of its own, leaving the country struggling to meet their need for this basic and necessary resource. Adding to it, the water scarcity with 70 percent contaminated water available makes the crises even worse. In this article, we are celebrating 10 water warriors including unsung and admired people present across the nation.

The people who are living to make a difference to protect the earth and its resources. The Water Warriors are promoting & practising safe and sustainable use of water amongst themselves and in their daily lives.

Rajendra Singh or The Waterman of India is famous and appreciated for his work on water restoration efforts in rural India. He is the founder of a non- profit, Tarun Bharat Sangh(TBS) which promotes community driven decentralised management of natural resources.

As a result of his efforts in these two decades along with the community support, has led to the formation of nearly 8,600 johads and similar structures that brought back water to over 1000 villages. Singh is one of the founding members of the National Ganga River Basin Authority (NGRBA) which was founded in 2009.

Rajendra Singh has been awarded with Ramon Magsayay Award for Community Leadership in 2001 & 2008 and Stockholm Water Prize award in 2015. The Guardian names this Water Warrior as one of the “50 people who could save the planet”.

Amla Ruia is a Mumbai based water activist who is well known as Paani Mata ( or “Water Mother”). She has reintroduced traditional water harvesting techniques and built over 200 check dams for over 100 villages in Rajasthan.

She founded Aakar Charitable Trust with a purpose to create a sustainable and permanent solution for saving water in drought hit regions of Rajasthan, in particular. The Water Warrior’s efforts coupled with a community involvement approach, has managed to transform and impact over 2 lakh people with a combined income of over 300 cr. for every year.

Amla has been awarded with Lakshmipat Singhania -IIM Lucknow National Leadership Award in the category of Community Service and Social upliftment in 2011 and the Indian Eye International Human Rights Observer Achievement Award in 2018.

At the age of 80, Aabid Surti heads a one man NGO called Drop Dead Foundation (DDF). That he founded after reading a newspaper article on water depletion in 2007. The article brought to his knowledge about the severity of the looming water crisis due to misuse & mismanagement of water.

After realizing the impact of every second of leaking tap leading to over 1000 litres of water wasted every month. The Water Warrior took upon himself to save over 4.14 lakh litres of water in its first year of existence and is still counting. With DDF, Surti and a hired plumber together take trips to these residential houses where they fix these leaking taps free of cost.

Committing to its slogan ,” Save every drop or drop dead”, Aabid has taken a gigantic onus for saving water and its conservation.

Previously a Mechanical Engineer with Larsen & Turbo, Ayyappa is now a water conservation advocate. With his dream of applying science for rural development, he has successfully devised methods and techniques for water conservation, rainwater harvesting and non-irrigational agriculture practises, after a series of initial failures.

The Water Warrior has transformed water management in 13 states and developed thousands of conservation projects in 11 states including rejuvenating 1000 dry bore wells. He holds the Limca Book of World record for creating over 700 artificial lakes in the country.

Ayyappa Masagi is fondly known as the Water Gandhi and is the founder of two organizations – Water Literacy Foundation and Rain Water Concepts Pvt. Ltd.

Shirish, a Superintendent Engineer with the Minor Irrigation Division of Bhandara district in Maharashtra, became a part of the water conservation revolution in 2008. For two years, he worked on his first project of repairing and restoring a 300 years-old Malgujar tank. The Malgujar tanks were created by Mulguzaars, the local zamindars. In olden times, these tanks served as a major source of water but had become depleted due to neglect and mismanagement.

As a result of his efforts, the groundwater levels were recharged and there was an increase in agricultural and fish production for that area. The Water Warrior had nudged the administration to restore 21 Malguzari tanks in Bhandara.

Apte has been awarded with the India Today’s Safai Award in the category of Community Mobilizer. 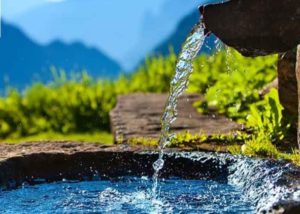 Apart from the top 5 mentioned, some honorable unsung heroes making to the list are :

In order to meet Goal 6 of the Sustainable Development Goals (SDGs), related to clean water and sanitation, the vision is to ensure clean water availability , proper sanitation and sustainable management of water for all by the year 2030. India and the world together need more names working towards restoring and securing water for today and future generations to come.