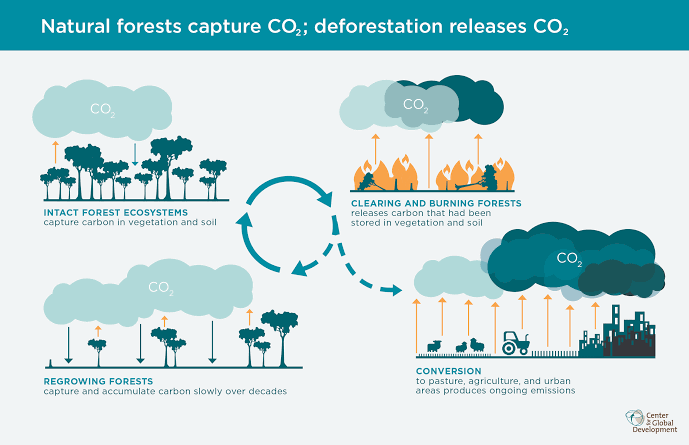 According to a recent report published by World Economic Forum, millions of hectares of forests are lost each year.

They have also pointed to the contribution of Agriculture in this loss, particularly from the cultivation of seven commodities.

The UN Food and Agricultural Organization (FAO) has defined deforestation as the conversion of forest to another land use or the long-term reduction of tree canopy cover below the 10% threshold.

Forest areas around the world are majorly cleared for agriculture, logging, mining and large-scale developmental projects.

As Plato said “Necessity is the Mother of Invention“, when the hunger of Earth’s population could not be fulfilled, He resorted to new methods and techniques to expand food cultivation.

We began farming in the Neolithic era with a handful of crops to the time we entered a new phase of Green Revolution, with maximised benefits to a cultivator.

It was then we realised the benefits of scale and therefore began to increase the areas under cultivation: taking in any land that could grow, clearing forests, hunting lives.

Still the demand for food keeps growing in the name of food security.
Scientists associated with WEF have estimated that over a quarter of tropical forests and just under half of temperate forests have been converted to production in human history.

Currently this expansion or conversion of forest land to agricultural practices is mostly happening in the tropics.

It is indeed a troubling trend because of the expansive carbon sequestration or absorption and biodiversity held in such rainforests.

While we have a general understanding of where agribusiness has replaced forests, until now the world lacked information about the impact of specific products.

World economic forum with WRI(World Resources Institute) analyses this disturbing trend by considering the extent of seven commodities alongside the annual tree cover loss data from 2001 to 2015 to map where each commodity replaced forests over that time span. 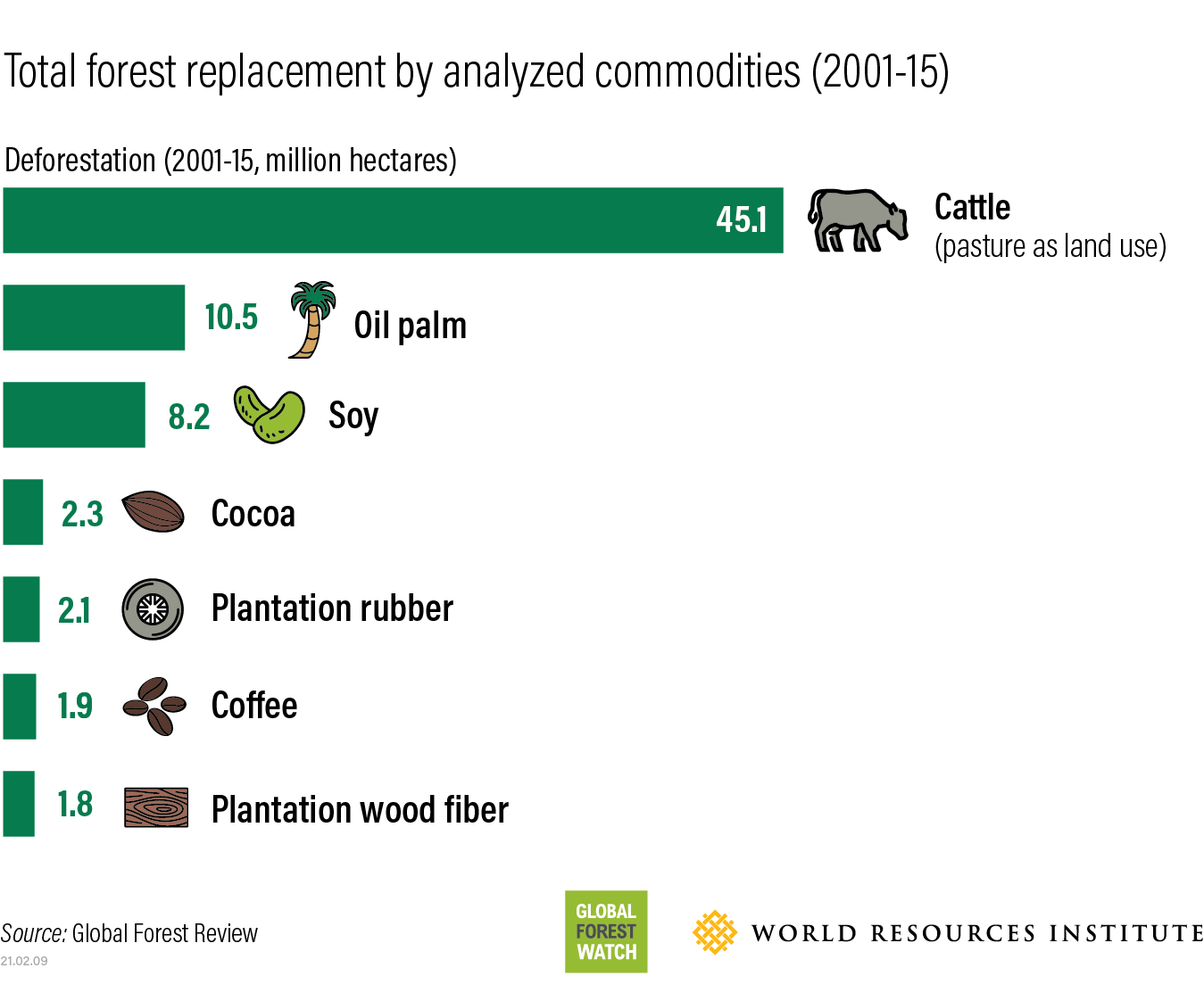 These seven agricultural commodities accounted for 26% of global tree cover loss from 2001 to 2015 ie. replaced approximately 71.9 million hectares of forest and they continue to be one of the leading causes for deforestation worldwide.

The conversion of forests to cattle pasture was more widely distributed across the globe, but hotspots exist in South and Central America.

According to ISFR(India State of Forest Report 2019), areas where forests have been cleared and where the land has been diverted for developmental activities are included in ‘recorded forest area’.

Degradation is a bigger problem in India because deforestation is compensated by plantation activities under the Forest Conservation Act.

But this is criticised for allowing the razing of forests and for encouraging monoculture plantations that do not provide the kind of ecosystems that forests do in terms of absorbing carbon, aiding the recharge of groundwater levels and harbouring wildlife.

Identification of the land as forest or others is very critical to the scenario.

Eg.Grasslands in Shola forests in the western ghats became degraded was because of the misconception that they were wastelands, some of which were then subjected to afforestation drives that changed the ecology of the area.

Excessive Human intervention unknowingly of the character of forest will diminish our efforts for Nature.

This form of deforestation impacts the Climate change efforts, on hydrology and soil quality, on biodiversity, economic-social welfare etc.

We hope to implement our sustainable development goals pervasive in all manners but they will find no meaning once we cannot restore our forests to its original value and utilise the given resources in efficient manner.