“The education and empowerment of women throughout the world cannot fail to result in a more caring, tolerant, just and peaceful life for all.” – Aung San Su kyi

International Women’s Day is annually held on March 8 to celebrate women’s achievements throughout history and across nations.

It is also known as the United Nations (UN) Day for Women’s Rights and International Peace.

The first observance of a Women’s Day was held on February 28, 1909 in New York, March 8 was suggested by the 1910 International Woman’s Conference to become an “International Woman’s Day.” After women gained suffrage in Soviet Russia in 1917, March 8 became a national holiday there. The day was then predominantly celebrated by the socialist movement and communist countries until it was adopted in 1975 by the United Nations.

The International Women’s Day logo is in purple and white and features the symbol of Venus, which is also the symbol of being female.  The faces of women of all backgrounds, ages, and nations are also seen in various promotions, such as posters, postcards and information booklets, on International Women’s Day.  Various messages and slogans that promote the day are also publicized during this time of the year.

International Women’s Day events are held worldwide today. Various women from different field are usually invited to speak at various events on the day. The messages given at these events often focus on various themes such as innovation, the portrayal of women in the media, or the importance of education and career opportunities.

Many students in schools and other educational settings participate in special lessons, debates or presentations about the importance of women in society, their influence, and issues that affect them. Many workplaces make a special mention about International Women’s Day through internal newsletters or notices, or by handing out promotional material focusing on the day. Trumps moves to exert pressure over Iran and China 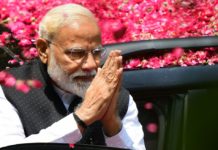 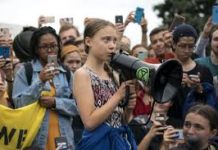