Amazon’s Great Indian Festival sale is back with some exciting offers, the sale began on 13th October and will last till 17 October. The sale will allure you with the lowest prices of the various smartphones like the iPhone XR, OnePlus 7 Pro, Galaxy Note 9. But, what more interesting is the price of Galaxy M30 which will cost you just Rs 9,999.

For the base model that comes with 3GB of RAM 32 GB of internal storage, you have to pay just Rs 9,999 whereas, the launching price of the device in India was Rs 14,990.

Still, confused about whether to buy it or not here are a few reasons why you should definitely consider the Galaxy M30 under Rs 10,000.

One of the reasons to buy the Galaxy M30 is that you won’t find a lot of phones under Rs 10,000 that offers a Super AMOLED display and a crisp 1080p resolution. The Galaxy M30 gets a 6.4-inch FHD+ display that is bright, vivid and offers excellent viewing angles. The bezels around the display are slim, so you get a large screen ratio as well that looks quite immersive.

Also, the Galaxy M30 comes with Widevine L1 certification, which means you can stream content on platforms like Netflix and Prime Video in true HD resolution.

The Galaxy M30 is packed with a super and long-lasting battery of 5,000mAh, which is capable of delivering close to two days of battery life on a single charge. The Galaxy M30 is among a handful of phones that offer a large 5,000mAh battery in this segment. There are phones like the Realme 5 and Redmi 8 that also offer the same capacity as well.

For the gamers, the phone sounds ideal as it is capable of handling hours of videos and gaming while delivering around 6-7 hours of screen on time.

The Galaxy M30 comes with a triple camera setup that includes:

It’s a versatile system that offers a variety of shooting modes. At the time of its launch, the Galaxy M30 was one of the few phones to offer a triple camera setup under Rs 15,000. This holds true in the sub-Rs 10,000 segments as well, although we do have the Realme 5 now with its quad-camera setup.

The Galaxy 30 can capture some bright and attractive photos in daylight. Photos will look vibrant and colorful on the M30’s AMOLED display. The camera does struggle in low light conditions without a dedicated night mode, which is where the Realme 5 and some other phones by Oppo and Xiaomi do better.

The Galaxy M30 is Powered by a 1.8GHz octa-core Exynos 7904 chipset and is capable of performing day-to-day tasks with ease.

Galaxy M30 can run games like PUBG and Asphalt 9 smoothly on medium graphics settings based on our experience with the device. The processor is also quite efficient, which helps improve the battery life of the Galaxy M30. The smartphone has also been updated to One UI by Samsung and is expected to receive Android 10 next year.

Obviously you have an option to go with Galaxy M30s which offers 6,000mAh battery for a starting price of Rs 13,999. But in case you are confused between the Galaxy M30 and Galaxy M30s than you must go through the post below. 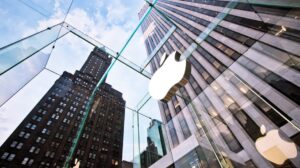 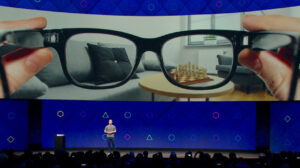 Facebook teams up with Ray-Ban maker for first smart glasses in 2021; check details 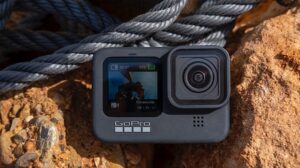 OnePlus to not launch 5G flagship in India
Tecno Camon 12 Air with triple camera launched in India at Rs 9,999
Comment