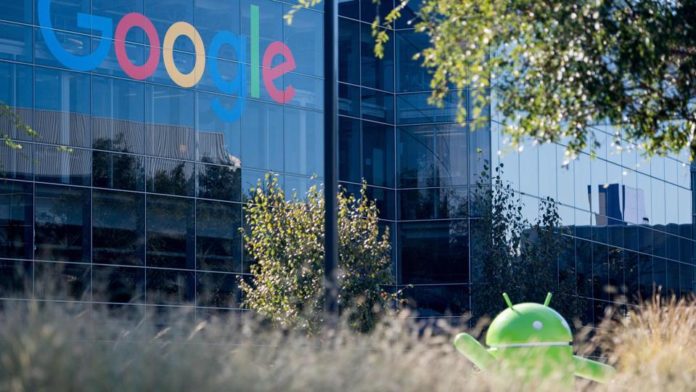 Google has released Android 9.0 Pie on August 6, a couple of weeks earlier than it was rumoured to be launched. Following last years Android Oreo, Google has followed their trend of naming their software in alphabetical order, typically names it after something sugary. The Android 9 Pie has been preceded by the Andriod 8 Oreo, Android 7 Nougat,  Android 6 Marshmallow and Android 5 Lollipop.

Google announced the software would first be available on the Google Pixel smartphones rolling out as OTA updates. Essential phones also announced that they will be rolling out the Android Pie updates on the same day as it comes on pixel phones. Google added that it is working with “a number of other partners to launch or upgrade devices to Android 9 this year.” Android Pie will not be coming to Nexus devices.

During the beta testing period which began in March of this year, Android P was made available on a few particular brands like the Sony Mobile, Xiaomi, Nokia, Oppo, Vivo, OnePlus and Essential. These phones and the qualifying Android One devices will receive the update by the end of the year.

Google mentions Android Pie includes a “heaping helping of artificial intelligence baked in to make your phone smarter, simpler, and more tailored to you.” Here is everything you need to know about the Android 9.0 new functionalities so that you know what to expect once you get the new OS version up and running.

The biggest change will see that the Android Pie will be powered by Artificial Intelligence. This will help personalise your phone at the next level. There is a new feature of app action added in the app drawer. The software will monitor a user’s daily habits and usage of applications on the phone and will offer you quick suggestions in the app drawer. If you have a habit of calling your mom at a particular time, then expect a button to appear in the app drawer at the same time every day.

Even when you will connect your earphones, you will get a variety of options asking too play music or make a call. Smart replies feature will be available to the messaging apps. As you get a text on the notification area, you can find a few reply option below there. At first, the reply options will make little or no sense, but as you keep using your phone the software will learn your writing style and will provide replying options accordingly.

Slices is another of these improvements that allow developers to deliver useful actions for their app. For example, if you search for Uber on your phone, an option could appear showing you how far the nearest car is, and allowing you to book a car without opening the app. Then there is the Adaptive brightness and Adaptive Battery features also powered by AI.

Android Pie would be featuring a new and easier navigation system. Google will be favouring the gesture-based system over the Android’s iconic three-button navigation system- Back, Home and Recent introduced back in 2011. Android Pie will have a single home pill shaped icon on the screen. This is done to give more screen space. Google will be heavily relying on gestures for navigating the UI, and in their current form, they work as follows:

The phone’s that update onto the software will have the option to revert back, if users are uncomfortable with the gestures system. However, phones like Pixel 3 will have gestures as a default mode and will be unable to change them. 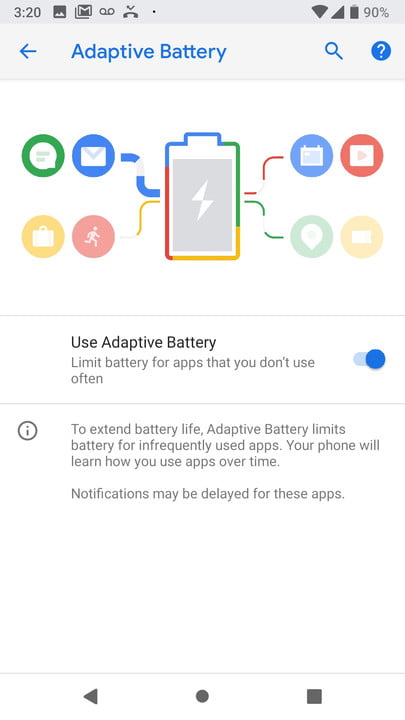 The Adaptive Battery mode is based on the Adaptive Brightness mode found in many smartphones like the One Plus, which automatically adjusts the brightness of your screen based on your preferences and environment. This feature is going to extend your battery life by limiting resources for apps that aren’t used often. The way this works is your phone will find out which apps you use often over time, and those that aren’t launched frequently will get less battery to use. For example: If you open the mail app every day at 11 AM the automatically prioritises to use the battery on the app during that time.

Android Pie has a new and exciting Digital Wellbeing feature. It has three major functions.  Firstly, a new Dashboard that shows you how you’re spending time on your device. This will an App Timer will let you set time limits on apps and then grey out the icon on your home screen when you have crossed the particular amount of time. Secondly, a brand new Do Not Disturb. This mode although already existed has undergone a major revamp. The mode now will silence all the visual interruptions that pop up on your screen. Lastly, It has a new Wind Down mode, which switches on Night Light and Do Not Disturb mode, thus fading the screen to grayscale before bedtime.

Google P has added a brand-new standard of security called “BiometricPrompt API”. It is a unified user interface for fingerprint authentication. Android 9.0 Pie also features a number of new options to make your phone more secure. Perhaps the most exciting security update has to do with encryption. Android 9.0 Pie will now perform client-side encryption. Any data encryption or decryption that takes place will now happen on your phone and will require authentication from your phone (password, PIN, pattern). Google tells the Android Pie is the most secure Android software to date. 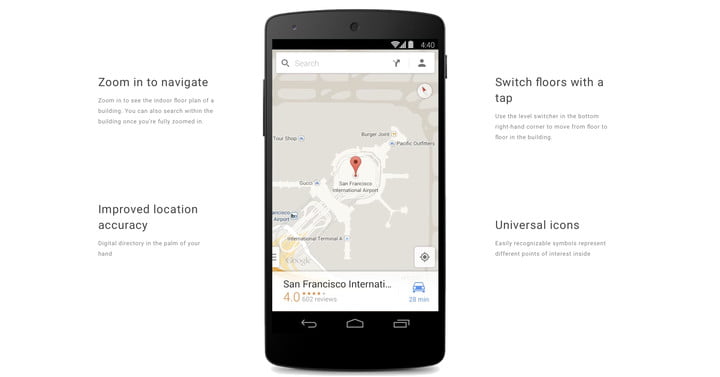 These small changes in the Android Pie will make using your smartphone easier. 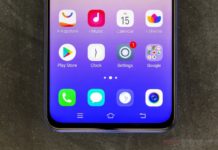 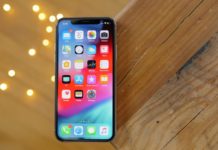 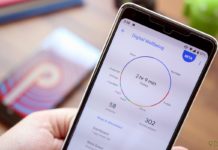 After Pixel devices, Nokia 7 Plus & 6.1 Plus models to feature Digital Wellbeing