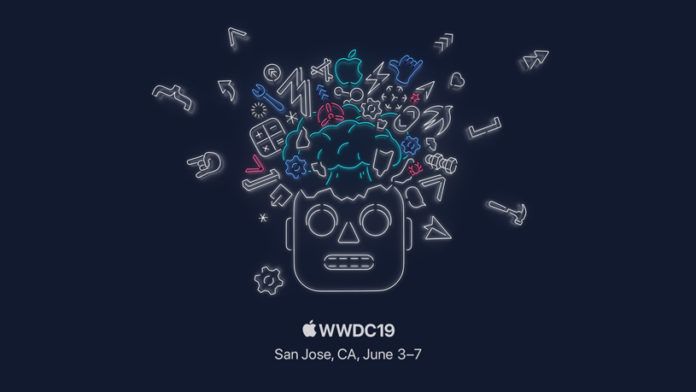 Apple has officially announced that it will be kicking off the Worldwide Developers Conference (WWDC) 2019 on June 3. The five-day developer-focused conference, which will last on June 7, will take place at the McEnery Convention Centre in San Jose. Apple is expected to bring newer versions of iOS, macOS, watchOS, and tvOS at WWDC 2019. The company already has more than 1.4 billion devices on its platform. The tag line for this year’s WWDC is “Write code. Blow minds.” Apple has also developed an image that shows a robot having its head filled with developer tools, including Swift and Xcode.

Among the list of developments that are expected to be launched at WWDc 2019, iOS 13 is going to be a showstopper. The new iOS version is expected to bring the system-wide dark mode –as seen on macOS Mojave 10.14. Apple was also reported to have some AirPower specific features that the company could implement into iOS 13. Moreover, the new iOS build is speculated to bring a new experience for iPad users and a list of improvements to the file system management.

Apple is also expected to release the macOS 10.15 as the new macOS at WWDC. Moreover, the company might bring watchOS 6 and tvOS 13 at the conference.

The iPhone maker is also reported to unify the experience on iOS and macOS. According to a Bloomberg report, Apple had an ultimate goal to bring a multistep initiative, codenamed “Marzipan”, that is planned for 2021 to help developers build apps that can work on iOS as well as macOS without any additional effort.

According to the press release announcing the dates of the WWDC 2019, Apple is planning to showcase its new offerings to developers who are “creating new experiences in areas including machine learning, augmented reality, health and fitness” and other key areas. The event will also include technical sessions, hands-on labs, and various speaking slots where the developers will be able to learn new things and hone their coding skills using new and updated tools.

Our developers are incredibly passionate about creating the next generation of mind-blowing experiences for the world through apps. We can’t wait to get together with them and share what’s next,” said Phil Schiller, Apple’s Senior Vice President of Worldwide Marketing, in the release.

Apple will also live stream the event through the WWDC app as well as through the Apple Developer site. Moreover, the company will offer as many as 350 scholarships to students and members of all STEM organizations who will get a chance to earn a free ticket and lodging for WWDC.