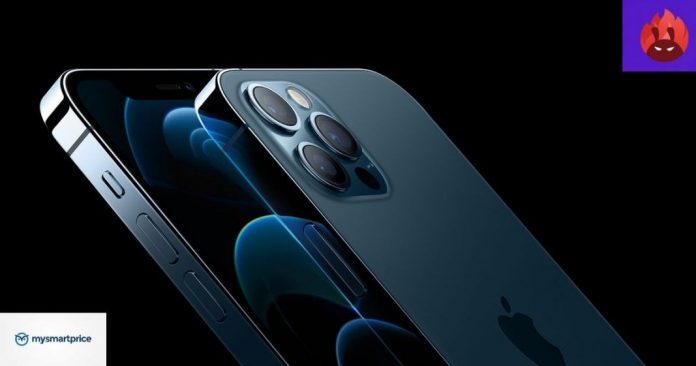 iPhone 12 from Apple was introduced this week and iPhone 12 Pro and iPhone 12 are being prepared for pre-orders before its arrival in the market next week. Today the scorecards for both devices were seen in the database of AnTuTu that provided customers a sneak peek of the synthetic performance.

Both the smartphones are powered by A14 Bionic processor which is the first 5nm chipset but the raw numbers have shown disappointing results in comparison to Snapdragon 865 chip from Qualcomm that is used by a large number of Android flagships.

The sum of 570,000 for GPU, CPU memory and user interface performance at AnTuTu is very impressive. If we have to make some sort of comparison, the best Android performers average around 660,000 with the largest gap in the GPU score that is 40% lower on iPhones.

In the rest three segments, Apple performs less than 10% to catch up and the memory difference is around 6% in the 4/256GB memory combo in iPhone 12 and 6/128GB variant of iPhone 12 Pro. This is also the first confirmation after launch that the models of iPhone 12 Pro models will have 6GB RAM in comparison to 4GB in the vanilla iPhone 12s.

If the cross-platform comparisons are ignored, which should be done as cross platform benchmarks will be inaccurate and the A14 is not much faster than its predecessor which is the 7nm A13 Bionic chip. iPhone 11 Pro Max has a score of 536,883 on AnTuTu 8 which offers the two iPhone 12 family members a small advantage of around 5-6%.