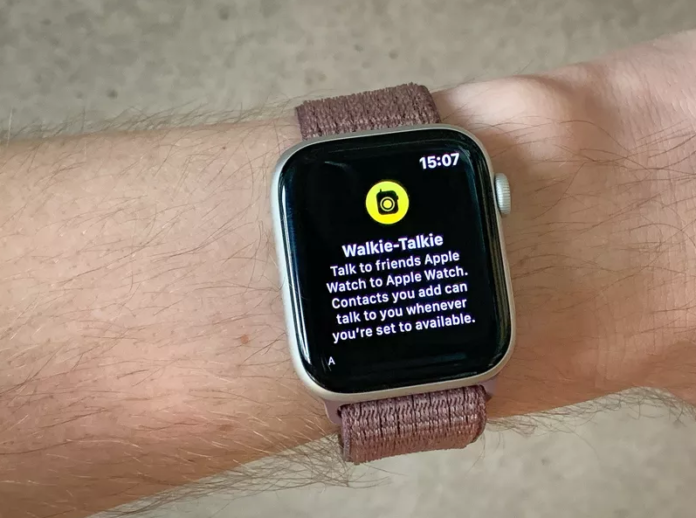 Apple has reportedly disabled the Walkie-Talkie app for Apple Watch due to a bug that was allowing users to eavesdrop on others as reported by TechCrunch.

Apple issued a statement noting that it was just notified about the vulnerability and as a result it has temporarily disabled the Walkie-Talkie functionality until a fix is developed. However, the Walkie-Talkie app will still remain installed on users’ Apple Watches, but it will not be functional until the fix is deployed.

We were just made aware of a vulnerability related to the Walkie-Talkie app on the Apple Watch and have disabled the function as we quickly fix the issue. We apologize to our customers for the inconvenience and will restore the functionality as soon as possible. Although we are not aware of any use of the vulnerability against a customer and specific conditions and sequences of events are required to exploit it, we take the security and privacy of our customers extremely seriously. We concluded that disabling the app was the right course of action as this bug could allow someone to listen through another customer’s iPhone without consent. We apologize again for this issue and the inconvenience.

As TechCrunch points out, “The issue is reminiscent of a serious Group Face Time bug discovered early this year that could allow callers to hear a user’s audio without the call being accepted. In that scenario, Apple remotely disabled Group Face Time once the issue was discovered, and pushed out an emergency bug fix a week and a half later as part of iOS 12.1.4.”