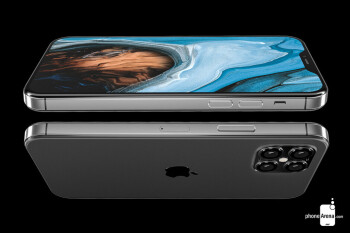 Apple is planning to manufacture its upcoming iPhone 12 in India.

Well, we always keep on crying that Apple phones are costlier because it is not manufactured in India. We have to pay so much extra money and all.

Now Apple has decided that finally, they will give Indian people an iPhone which is ‘Made in India’. The upcoming iPhone 12 which is expected to be launched in October is rumored to be the first made in India iPhone.

Reports say that we will start getting the first batch made in India iPhone 12 by mid of 2021. The production is expected to begin at the Narasapura plant in Bengaluru.

The planned investment for the manufacturing of the devices is over Rs 2,900 crore as the Taiwanese company is expected to hire up to hire 10,000 employees. The plant is expected to begin manufacturing by October 2020. Around 1,000 workers have already started working on the new project.

Well, this will be a second Apple plant in India. They already have a Foxconn plant in Chennai where iPhone 11, 11 Pro has been assembled.

We can’t say that after this we will get the new made in India iPhones at a significantly cheaper cost. iPhones sale is still very good in India even after its high pricing. Obviously, if the price drops by a considerable amount Apple’s sales in India will be off the charts.

But this move looks more likely a strategical move. A move in order to remove all their manufacturing centres from China amid the growing Anti-China sentiment among India and the even USA.

Only time will tell if Apple lowers the prices of its new made in India iPhones or we have to keep crying over its high prices.