The Indian Wire » Gadgets » ASUS ROG Phone 3 Review : As powerful as your computer? 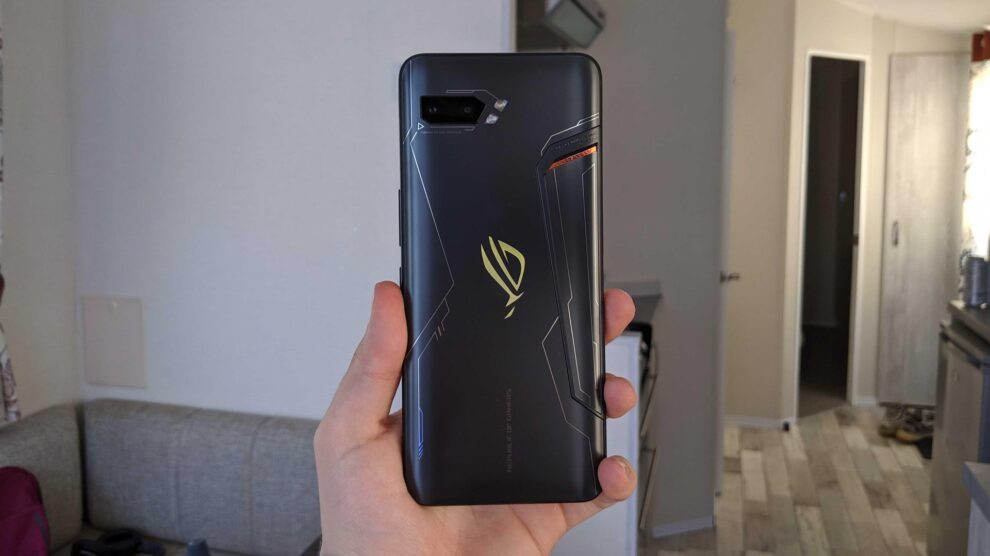 The concept of a handheld gaming device has always fascinated us. Looking back at the old days gaming phones were only a success among hardcore gamers who would get their hands on anything they can find to play games in. Such devices were the Nokia N-gage, it wasn’t a commercial success but it surely left an impression for being both a cellular phone as well as a handheld game console. Now, in 2020, the mobile gaming market is growing at a rapid pace as we speak and the segment of dedicated gaming phones remains a niche. However, ASUS has delivered an exceptional gaming phone which also is the world’s most powerful android device right now as it believes there is a market for the gaming-focused ROG Phone 3. The price for the new ASUS ROG Phone 3 in India starts at 49,999 onwards.

It’s clear that the design of the phone appeals to the gaming community. The sci-fi look of the phone is similar to its previous counterparts in terms of design and language. The new model has the same shape, dimensions and futuristic RGB light-up rear logo as the ROG Phone 2. But there have been few changes made that make this new model of a much broader appeal. The copper heat sink on the glass back now sits under a transparent window and the geometric visuals are less aggressive.

The large 6.59-inch AMOLED panel offers a 144Hz refresh rate, a built-in in-display fingerprint scanner, if compared than i would say a traditional capacitive fingerprint scanner is much more reliable. The top and bottom bezels are a bit chunky by today’s standards, thanks to the two front-firing stereo speakers. The volume rocker and power button are on the side along with two capacitive AirTriggers, and on the bottom, there’s the USB-C port. On the left, you will find the side-mounted port consisting of a USB-C port and a proprietary connector for pairing external accessories, including the AeroActive cooler. All this, unfortunately leaves no space for an earphone jack.

The ROG Phone 3 weighs at 240 grams, obviously on the heavier side. It is way more heavier than the iPhone 11 Pro Max and Galaxy S20 Ultra. Despite the huge screen, the phone is still manageable, making the ROG Phone 3 easy to hold for extended gaming sessions. The phone is a bit slippery and includes a plastic cover in the box.

What’s good about it?

The 6.59-inch AMOLED screen(2340×1080,19.5:9) supports variable refresh rate up to 144Hz. ASUS claims 1ms response time and a 270Hz touch response with the display being compatible with HDR10. The display of the screen is bright enough to be able to read emails or articles outdoors, video playback is also smooth.The phone can automatically switch to the best refresh rate or it can be manually set to a refresh rate up to 60Hz, 90Hz, 120Hz or 144Hz. The advantage of  having a high refresh rate screen is games tend to play smoother, although the differences is refresh rates is quite minimal. For instance, the Iphone 11 has a refresh rate of 60Hz and still performs well enough. The ROG Phone 3 is the first phone to come with a Qualcomm Snapdragon 865 Plus processor and an overclocked Adreno 650 GPU. The two variants in the market right now is the one with 8GB RAM and 128GB storage and the one with 12GB RAM and 256GB storage. The phone also supports 5G but the service is not available in our country right now. The battery power of the ROG Phone 3 is 6,000mAH, the battery is said to drain faster while playing games. The phone comes with Android 10 pre-installed. Just like in the ROG Phone 2 users get the option to use either gaming centric ROG UI or Zen UI. The latter is almost a stock Android interface. The software also includes X mode, which is basically a game mode. This mode helps change processor overclock settings, RGB LED logo settings and fine-tuning the phone’s Air Triggers-two pressure-sensitive touch sensors near the power and volume buttons that act like triggers on a game controller. The feature that stands out the most in this phone is its two front-facing speakers which are fairly loud.

What’s bad about it?

The camera on the ROG Phone 3 is not that impressive. The main camera is a 64MP shooter with an f/1.8 aperture and supports quad-pixel binning for super-sharp 16MP photos. There’s also a 13MP ultra-wide lens with an f/2.4 aperture and a 5MP macro lens with an f/2.0 aperture. A front-facing camera is a 24MP unit with an f/2.0 aperture. The cameras on the phone can be compared with a mid-range smartphone. In low light, the performance does start to dip, thanks to the lack of optical stabilization, though the night mode is a savior. The front facing camera do well in good lighting conditions and the ultrawide lens is mediocre and so is the macro lens.

The ASUS ROG Phone 3 is a combination of sci-fi looks, powerful performance, 144Hz screen, the speakers are loud and spatial, and long battery life makes the ROG Phone 3 a powerhouse. The phone is an attractive gaming focused smartphone. If at a price of Rs 49,999 you get the most powerful android device in the world then i suppose it is worth the price.