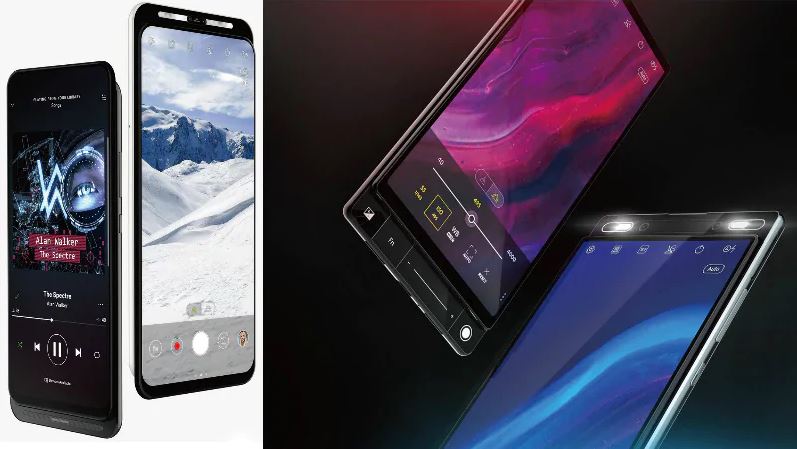 Asus Zenfone 6 is still months away from release, and renders of the smartphone have already started to surface online revealing a rather interesting design. According to the renders, the smartphone will come with a dual-slider design that will allow it to hide features at the top and bottom of the display. The slider is shown to be manual which can be slid on the top and out of the bottom and can hide the selfie camera, front firing speakers and more. The concept renders are allegedly shared by an Asus Zenfone 5 designer, and it is possible that Asus does not go the way the design is presented.

Evan Blass, a reputed tipster, has shared the render on his Twitter profile claiming that it has been shared by an Asus Zenfone 5 engineer. The tipster says that the smartphone comes with 5G support and dual slider design but does not mention if the renders are that of Zenfone 6. Nevertheless, it seems safe to assume the renders are of Zenfone 6 given the company is currently working on releasing the device in a few months. Evan has also shared images of the renders actually being made into dummy units, presumably for testing.

Both the render and the dummy model feature dual slider design and dual rear camera setup at the back, however, the first render shows a more rounded narrow display while the other one has a boxy shape. The first render shows Harman front firing speakers hiding on the lower part of the slider, while the second renders show camera controls at the front camera.

The renders hint more at the previous reports claiming that Asus Zenfone 6 will feature a notch-less edge-to-edge display as well as the advertisement released by Asus at MWC revealing a silhouette of a smartphone with a seamless display. A recent listing on the benchmarking site AnTuTu suggests that the device will come with Qualcomm Snapdragon 855 SoC,   images of the renders actually being made into dummy units, presumably for testing. The smartphone is said to pack a display with 1080×2340 resolution. Asus is all set to launch its next flagship Android smartphone on May 16 in Valencia, Spain.