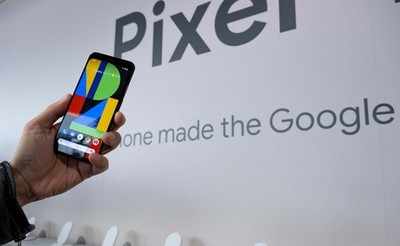 Google has decided to stop the production and supply of its flagship model of Pixel 4 and Pixel 4XL. It’s not even been a year since its launch.

Google’s flagship phone Pixel 4 and 4XL were launched last year in October. The two flagship smartphones from Google are no longer available on Google Store. The company will not be restocking them again.

The only reason why Google has taken this decision is the launch of Pixel 5. Rumors state that the Pixel 5 would launch around October.

The Pixel 4 and the Pixel 4 XL are completely out of stock and won’t be available for purchase on the Google Store.

Google says in a statement, “Google Store has sold through its inventory and completed sales of Pixel 4 [and] 4 XL. For people who are still interested in buying Pixel 4 [and] 4 XL, the product is available from some partners while supplies last.”

Pixel 4 and 4XL will get regular software updates for 3 years just like any other google smartphone.

The general time to discontinue any Pixel device is 18 months. Google is set to launch its Pixel 4a in India around October. It is a very good budget phone and if you want to know the pros and cons you can read it here.

Rumors suggest that the Pixel 5 will feature a mid-range chipset rather than a flagship. if the Pixel 4a has already a budget chipset why wouldn’t they go for a flagship one for Pixel 5.