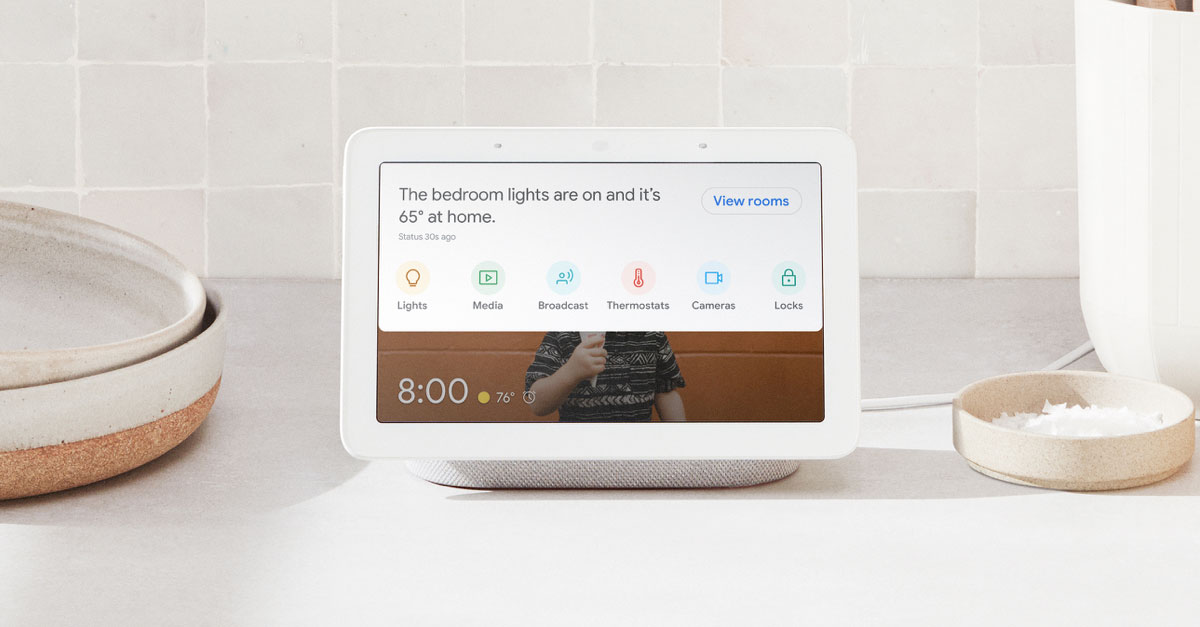 Google is working on expanding its hardware offerings by adding a Nest Hub Max to the lineup, revealed Google Store. Spotted by Android Police, an interactive graphic on the Google Store’s connected home page listed all the smart devices from Google along with a “Nest Hub Max”.

The descriptions of the Nest Hub Max reveal that it has a 10-inch HD screen, a built-in Nest camera with motion and sound alerts as well as stereo speakers. Interestingly, these are all the features that are not present on Google Home Hub.

It is very likely for the Nest Hub Max to include all the capabilities of the Google Home Hub–namely a touch display, precise control over smart home devices, and Google Assistant built in.

Google has used the term ‘Max’ from its smart speaker line-up for the Next device. Previously 9to5Google reported on “Sherlock” device that matches up with its capabilities, so it could be expected to release soon, albeit without the announcement of price or release date.

Meanwhile, Google has announced the schedule for its I/O developers conference that is slated to be held from May 7 to May 9.

Every year Google conducts its I/O developers conference, wherein they announce upcoming changes to their services and how developers should prepare themselves in order to take on the new changes.