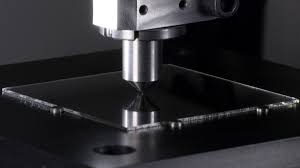 Corning, once again marks its presence in the market. The next generation of Gorilla Glass – no, not “7”  but “Victus” has been introduced. Significantly, improved resistance to scratches have been claimed by the company as it uses new aluminosilicate glass. In comparison with the competing glasses, if the phone falls onto hard surfaces it would not break or get any scratch.

While performing the tests, Victus has shown that it can easily go through a fall on a hard surface from 2 meters (6.5 ft). It must be noticed that the glass falls onto concrete from head height.

The company said that the non-corning glasses in the market, if fallen from 0.8m they shatter in drops. It has also been said that the chances of Gorilla Glass 5  surviving a drop from 1.6 m is 80%, with the introduction of GG6 those chances of all against the rough surface had improved but it did not go any higher.

Gorilla Glass Victus comes with more resistant against the scratches. As per the Knoop hardness test, where the main concern is force and diamond is used for scratching, the new Corning glass  with an 8 Newton load had only got 8 minor scratches when compared to competing glass  which got worse at half that force.

In future, Samsung would be the first company to launch a product with Gorilla Glass Victus. Other companies are also trying to come up with the phones using coring’s new glass, but yet now no information has been revealed.