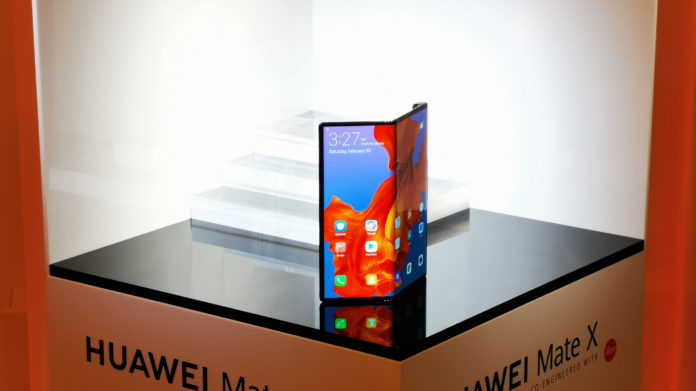 Huawei has launched its 5G foldable phone at the MWC in Barcelona. The new Mate X from Huawei was formally announced at the pre-MWC conference. The phone features two OLED FullView display panels on either side that can be unfolded to transform the device into an 8-inch tablet. The Mate X also comes with a 2-in-1 camera that is powered by Leica optics. Further, the device is powered by HiSilicon Kirin 980 SoC and supports 5G carriers to deliver faster data access with low latency.

Huawei has launched the Mate X as a direct competition to the Samsung Galaxy Fold which has an Infinity Flex display. Nevertheless, unlike the Galaxy Fold, the Mate X comes with a Falcon Wing design and offers FullView display without a notch.

Other companies like Xiaomi and Oppo are also reportedly working on their respective foldable devices.

Huawei has priced the Mate X at EUR 2,299(₹2,09,400 roughly) globally for the 8GB RAM/512GB storage variant. The smartphone is slated to go on sale in the middle of 2019. As of now, the Mate X comes with Interstellar Blue color variant. The company has also brought a Full Protection case to ensure the protection of the device.

Huawei is primarily giving the Mate X to different carriers for 5G testing. The company has also announced that it will be bringing a 5G variant of the Mate 20X.

The folded display of the Mate X is touted to be apt for one-handed usage. Nevertheless, Huawei, at its conference, showcased that the 6.6-inch display is larger than the displays on iPhone XS Max and Samsung Galaxy Fold–when folded.

“With Huawei Mate X, we bring the future of design and the future of technology,” Richard Yu, CEO, Huawei Consumer Business Group, at the pre-MWC conference.

According to Huawei, the Mate X has a patented hinge design with over 100 components that took its engineers three years to finalize. 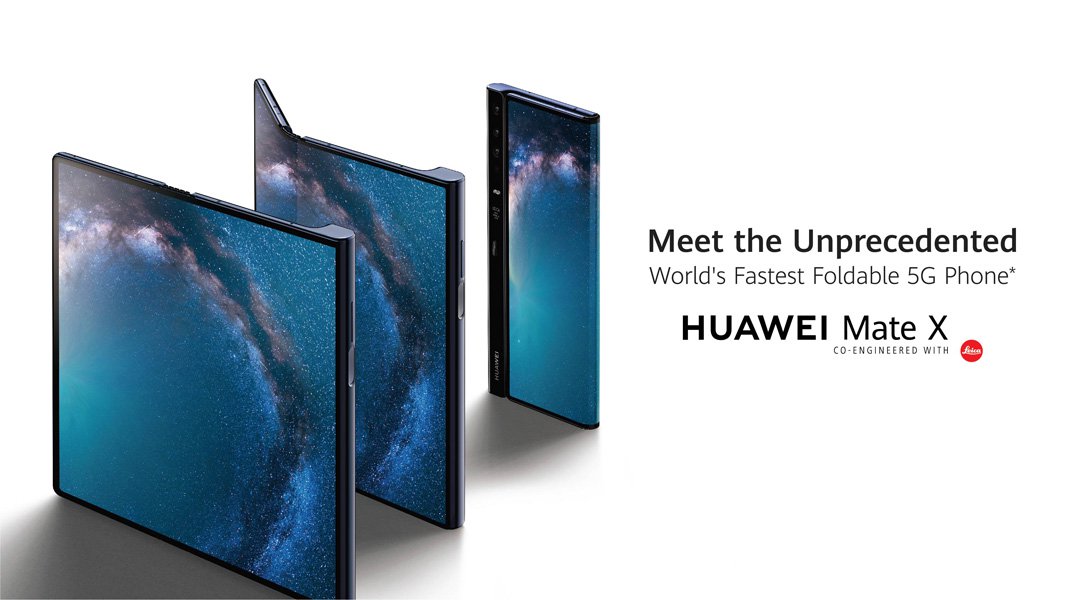 The device is powered by HiSilicon Kirin 980 SoC coupled with an 8GB of RAM. Huawei has included the Balong 5000 5G chipset, that comes as the world’s first 7nm modem and delivers up to 4.6/ 2.5Gbps downlink/ uplink speeds on Sub-6GHz. On mmWave, the chipset can deliver up to 6.5/ 3.5Gbps downlink/ uplink speeds. The phone has also included a quad 5G antenna that comes integrated into the device. Moreover, Huawei claimed that the Mate X is capable of supporting not just the initial NSA network architecture but also the SA architecture that would debut in the future.

The Huawei Mate X comes with 512GB onboard storage that can be expanded up to 256GB using a microSD card. Connectivity options include 5G, Wi-Fi 802.11ac, Bluetooth v5.0, GPS/ A-GPS, NFC, and a USB Type-C port. Also, the phone packs two battery packs that jointly offer 4,500mAh of capacity. Huawei Mate X supports 55W SuperCharge wireless charging technology that is rated to deliver 85 percent of power in 30 minutes of charge.

Intel 5G Modem Chips to not appear in phones Until 2020, Should Apple Be Worried?