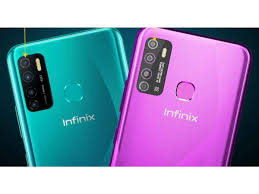 CEO of Infinix, Anish Kapoor has stated that during this pandemic, our dependency on the phone has increased. Each individual is now shifting to digital screens for enteratinment, daily interactions or learning. He added on to it that it has been challenging to think of such a device and launch it in the market which meets the real-life issues of the people in this difficult situation.

A a 6.82-inch HD+ Drop Notch display is provided in the Infinix Smart 4 Plus and 90.3 percent screen to body ratio. The company claims that for maximum engagement the device offers powerful audio experience in four modes which is enabled by DTS Surround Sound.

An Helio A25 Octa-Core processor coupled with 3GB of RAM and 32GB of storage is present in the Infinix Smart 4 Plus. With the help of a microSD card the memory can be expanded  up to 256GB. The device runs on Android XOS 6.2 Dolphin.

Talking about the battery, Infinix Smart 4 Plus has the massive 6000mAh battery. As per the reports it has also been claimed that the battery can provide a standby time of 31 days that delivers up to 23 hours of nonstop video playback, 38 hours of 4G Talktime, 44 hours of music playback, 23 hours of web surfing, and 13 hours of gaming.

A dual-camera setup on the rear is present which comprises of the dual 13-megapixel camera along with a triple LED flash. Talking about the front, it has an 8-megapixel camera with an f/2.0 aperture for selfies.

The price of Infinix Smart 4 Plus is Rs 7999 for the single 3GB+32GB variant. From July 28, the smartphone will be exclusively available on Flipkart.

Three colors are there in Smart 4 Plus  the Ocean Wave, Violet, and Midnight Black.