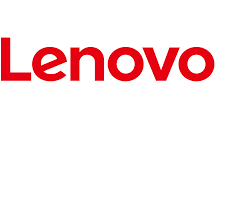 Lenovo has placed itself in the first position the race of 5G connectivity as their Vice President through a Weibo post announced that their latest phone would have 5G connectivity. The announcement comes after Roland Quant had hinted the new Qualcomm chips had started mass production since June.

Chang Cheng confirmed that Lenovo would be the first to launch a 5G Smartphone which would be powered by the new Snapdragon 855 SoC. The Latest announcement came through a Weibo post. However, there was no mention of any timeline for the launch of the phone. However, we can expect the first 5G phones launch by the end of 2018 or the beginning of 2019. Combining cutting-edge network technology and the very latest research, 5G should offer connections that are multitudes faster than current connections, with average download speeds of around 1GBPS expected to soon be the norm.

Chang Cheng’s previous attempt of social media marketing on Weibo did not turn out so well. He introduced the Lenovo Z5 as a bezel-less design, without a display notch and enormous battery but when the phone was launched, it was nothing like as he had promised – had a display notch and a 3300mAh battery.  So even though the announcement has come from the most trustable position of the Vice –President, it is hard to believe that we would soon be living in the world of 5G connectivity.

According to reports, One Plus 7 is believed to be launching with 5G technology in mid-2019. Huawei has also confirmed the launch of 5G smartphone in the third quarter of next year. Oppo and Vivo have also partnered with Qualcomm and we will expect them to launch 5G Smartphones in 2019. Rumors suggest Samsung’s Galaxy S 10  flagship will also have 5G Connectivity.