Meizu made heads turn when it announced the world’s first port-less smartphone, Meizu Zero. Now, it seems like the company never had any intention of manufacturing the smartphone in the first place. Meizu CEO Jack Wong has said in a forum post that the so-called hole-less phone was a mere publicity stunt.

First spotted by Engadget, Wong clarified in a Meizu forum that the crowdfunding campaign was “just the marketing team messing about.”

“The non-porous mobile phone is only a pre-research project of the development department. We never intended to mass-produce this project,” he said.

The IndieGoGo campaign for the Meizu Zero had raised $45,998 before it ended but failed to reach its $100,000 goal. A mere 29 people backed the project.

Last month, Meizu announced the Meizu Zero–the world’s first hole-less smartphone. The Meizu Zero managed to make tides in the tech community because the device, as introduced by Meizu, was the closest to a completely sealed smartphone. It had no buttons or ports one would typically find on a smartphone. The device was reportedly expected to feature a 6-inch AMOLED screen and a Qualcomm Snapdragon 845 processor.

In terms of looks, the Meizu Zero resembled the Galaxy S9 with its curved display and minimal bezels. The phone was shown in a ceramic unibody design and was touted to have  IP68 water and dust resistance rating. Meizu called the device as the world’s ‘first holeless phone’, although the phone is not entirely holeless as it has two mic holes at the bottom. Nevertheless, apart from that, the phone had a seamless feel to it.

The phone was supposed to come with proprietary “mSound 2.0” technology that allows the phone to function as a speaker. The Meizu Zero had also replaced the charging port with wireless charging capability of up to 18 watts. The phone was to come with an e-SIM which means the SIM card is embedded inside the phone already.

Now that Meizu is not planning to manufacture the Zero, those who contributed to the campaign will get their money back. The exclusive engineering unit cost $1300 and only 100 units were available. As it turns out, the world’s first hole-less was a colossal failure. 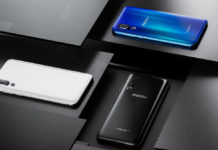 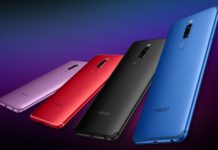 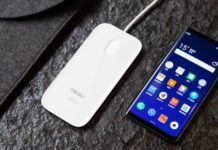