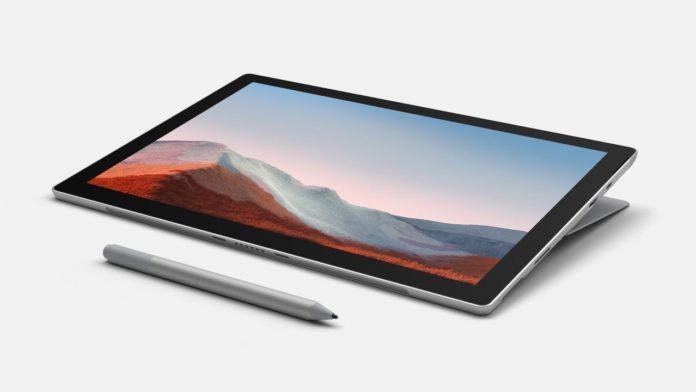 The Surface Pro 7+ was launched with eleven variants for purchase in India. The device features a 12.3-inch PixelSense Display with 2,736×1,824 pixels resolution and 3:2 aspect ratio and 267ppi pixel density. The device runs on Windows 10.

The device also features a 5MP front-facing camera for video conferencing and 8MP rear-facing camera. Both the cameras are capable of 1080p full-HD recording. The device gets 1.6W stereo speakers with Dolby Atmos support.

The tablet market is currently dominated by Apple’s iPads. The biggest competition for Surface Pro 7+ will be Apple iPad Pro, which runs on Apple’s custom OS.

The iPad Pro is available in LTE and Wi-Fi variants and is priced in the same range as that of Surface Pro 7+ in India. It will be an interesting rivalry between the two tech giants. The device is currently priced at Rs 21,44,999 and will be available in India from March 3.